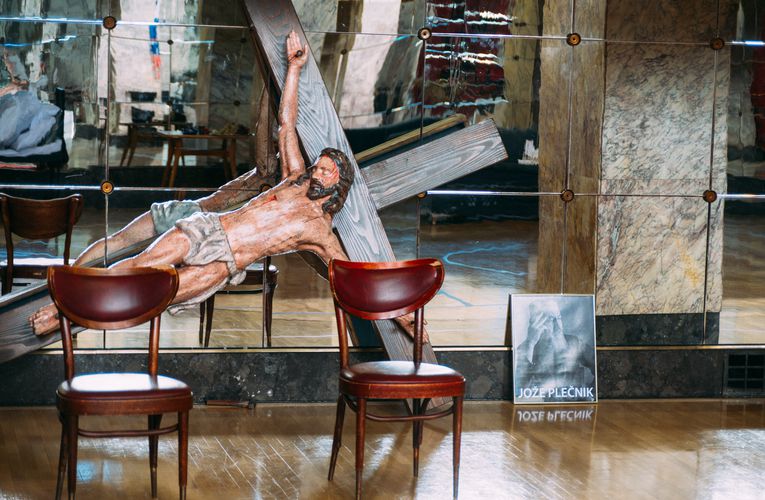 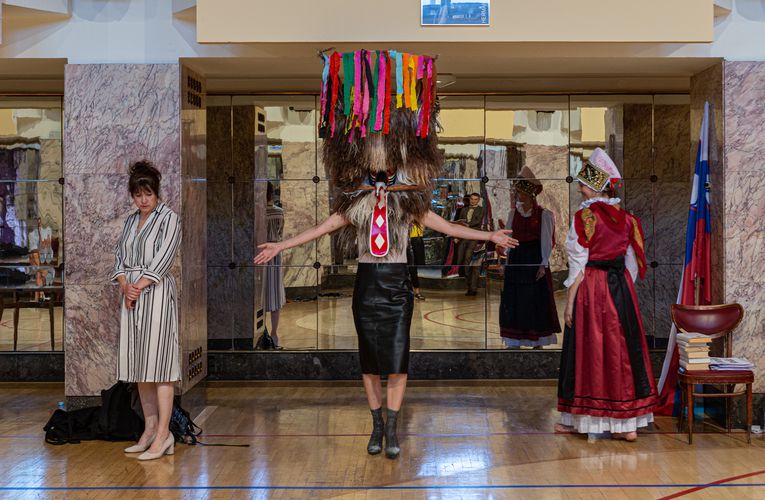 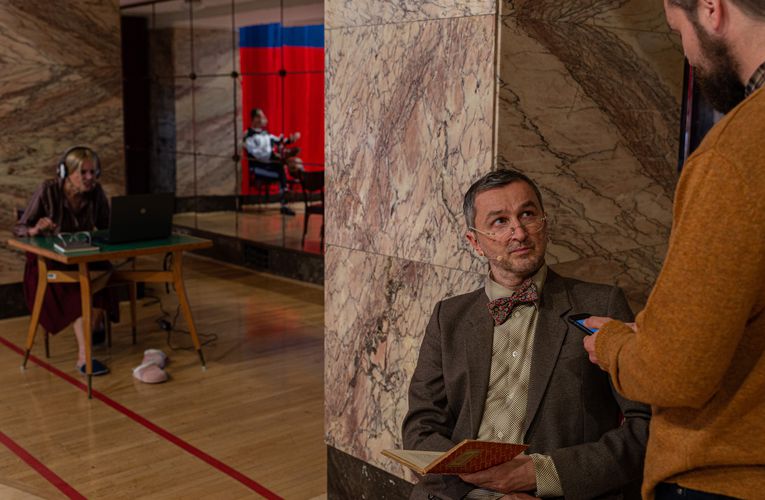 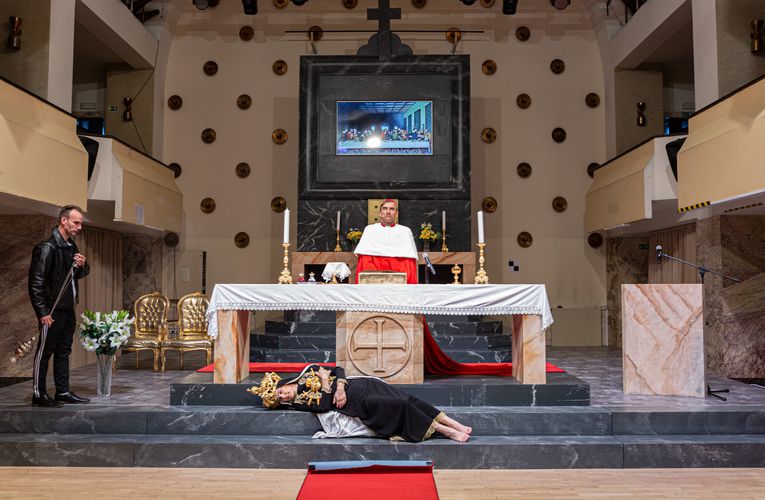 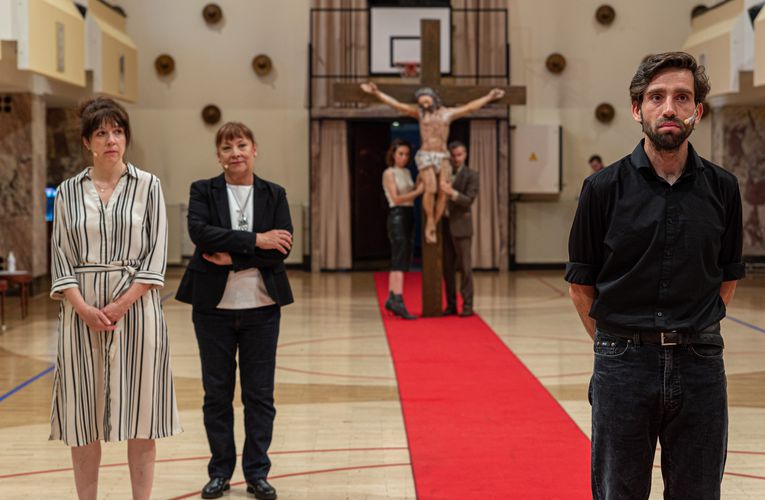 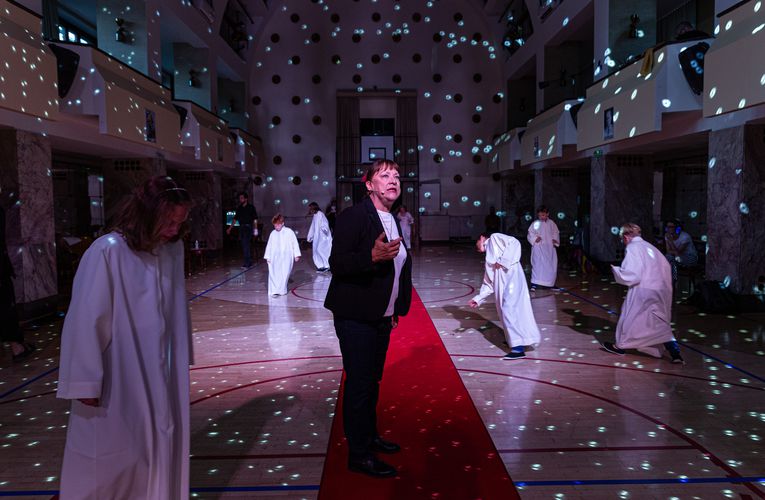 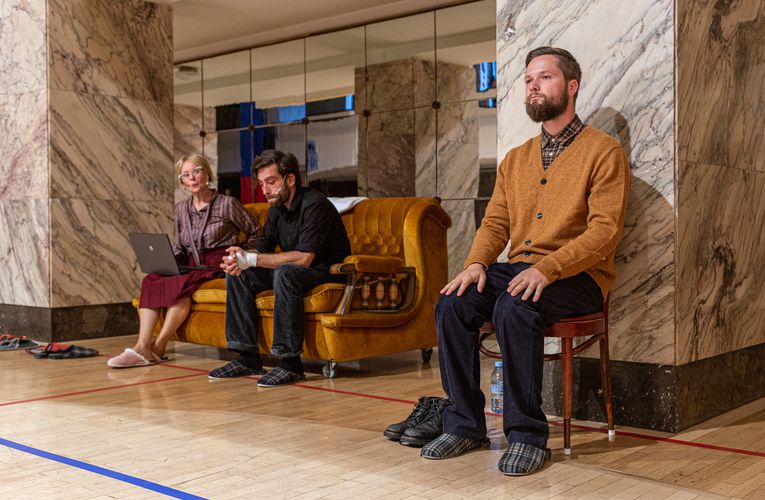 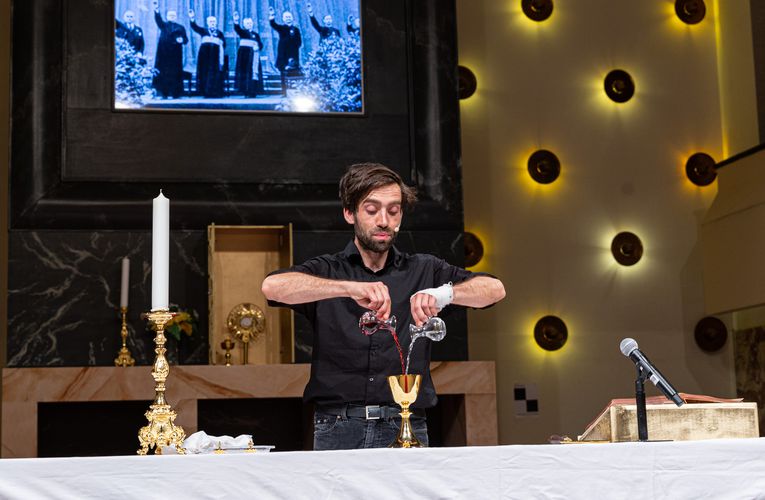 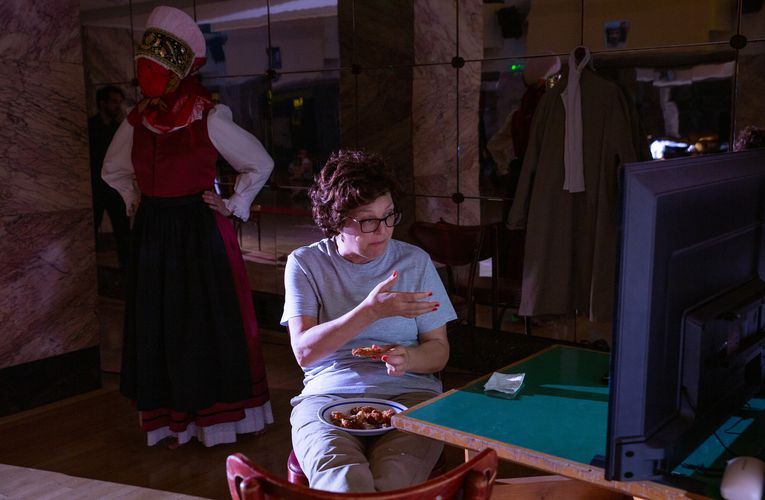 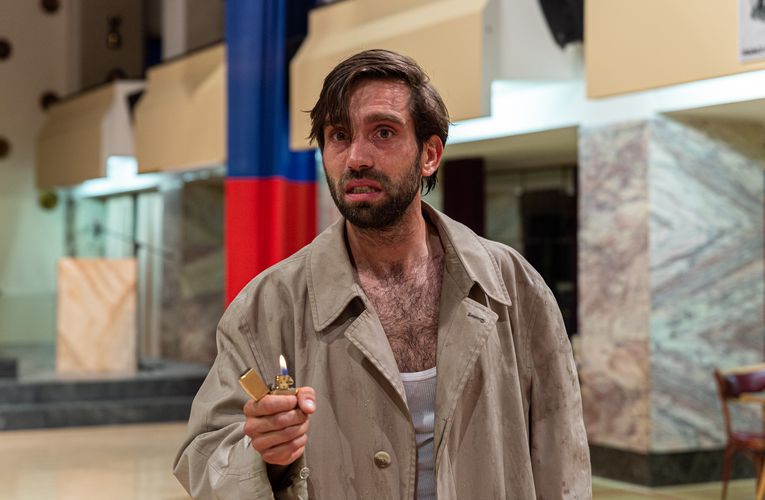 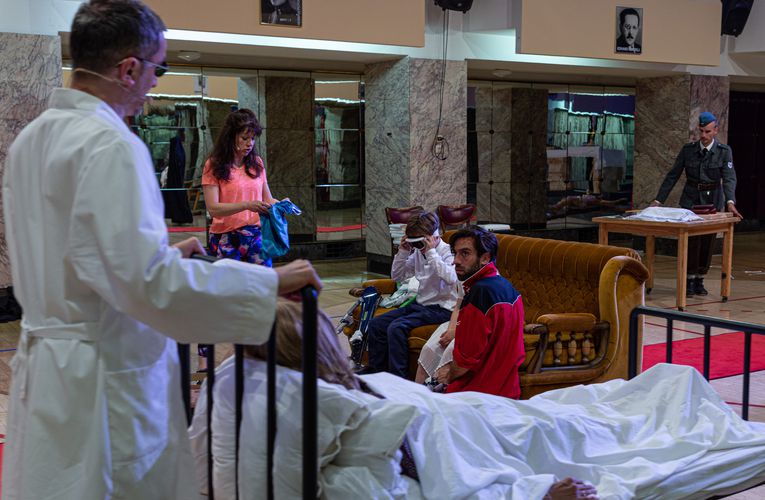 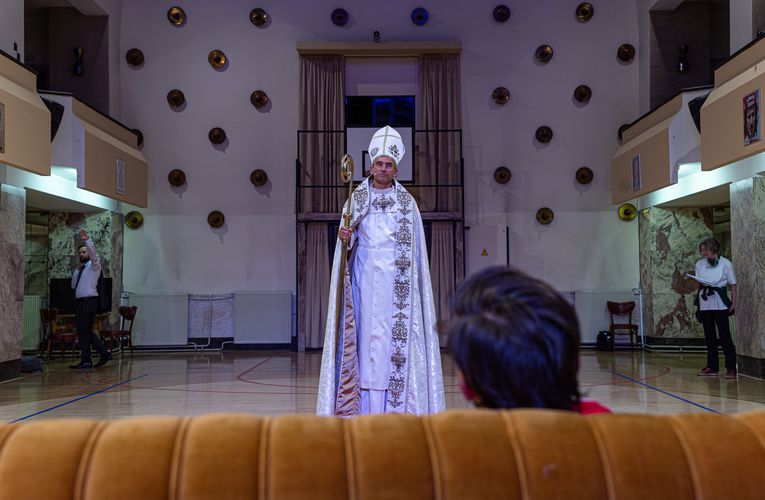 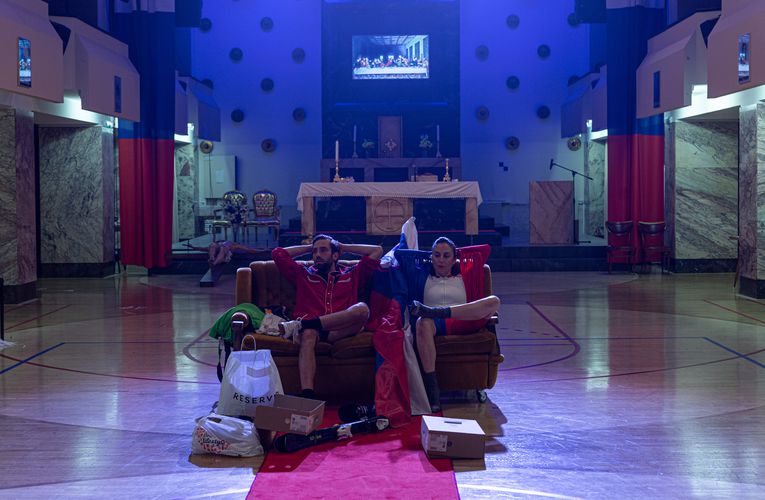 Director Maja Kleczewska, the winner of a number of prestigious theatre awards in Poland, is described as one of the most daring personalities of the contemporary Polish theatre. Critics point out her in-depth work with the actors, flirting with kitsch and the inspiration she takes from the pop culture, but primarily her extraordinarily personal interpretations of the classics. In this spirit, she will tackle Ivan Cankar’s Lackeys, one of the Slovenian canonical texts, which – as many believe – has best summarised the Slovenian national character. Or – as others are convinced – it has determined it like a self-fulfilling prophecy. A guest from abroad, whose first brush with the Slovenian classic this is, will undoubtedly read it in a fresh and unexpected way and open our eyes to new interpretations.

Merging cultural heritage and historical memory with authorial reading of a play over one hundred years old is a challenge within which stage language and message, congruent with the director’s understanding of Cankar’s text, are primarily constructed through actors’ creations. They are most direct, thorough and thoughtful, as well as superbly executed in the characters of Komar, a teacher, and Pisek, a drunk, whom actress Daša Doberšek links in her interpretation. Her role reveals the meanings of Cankar’s satire, caricature and tragedy of an individual who – albeit rebelliously and with provocations – adjusts to the circumstances in the moments of sobriety. Doberšek creates her role with a great measure of distance and autonomy in relation to Cankar’s play. She thus successfully expresses exactly what the production targets. Theatre, art, culture, history, and also Plečnik, Trubar, Potočnik Noordung are our fundamental values; this attitude can also be discerned in the acting creations of the rest of the cast. Among them are Vito Weis as Jerman, Dragica Potočnjak as his mother, Janja Majzelj as Lojzka and others. Outside the added actualizations, the production follows the script linearly. The scenes are, despite their spatial fragmentations, successfully linked through their rhythm.

In her staging of Cankar’s Lackeys, Kleczewska puts an emphatic focus on the dispute between Jerman and the Church authorities, while other aspects, for example socialist political tendencies, embodied in the character of Kalander, are somehow secondary: present, but not taking up much space. […] All in all, Lackeys by Maja Kleczewska are a stage piece whose performative, directorial, scenographic and concept levels provide a number of good starting points […].

Maja Kleczewska, the Polish director famous for her daring reinterpretation of the classics and the chair of the department of directing at the theatre academy in Warsaw, was suggested this canonical Slovenian drama by the Mladinsko theatre. The subversive choice for both sides resulted in a very radical and powerful production. The Polish team shows no conformity or awe towards what is foreign to them. They approach Lackeys with ultimate courage and sharpness. The Polish creative team traced Lackeys à la polonaise into the floor plan of the current political circumstances. The re-evaluation also occurred on the formal level. Such view from outside fits well with a different theatre form. Kleczewska chose immersive theatre. This is a specific version of participatory theatre, linked to the dramaturgy and emancipation of the spectator. This is, simply said, a site-specific event, during which the spectators are invited to actively, physically participate in the performance. […] How to solve Jerman’s end – this has been the obsession of all the stagings of Lackeys in the last one hundred years. Including this last one, which transformed the menacing revolver in the drawer at the end of the play into the most radical suicidal form of a public protest – a self-immolation. Jerman-Prometheus (embodied by the all-round superb Vito Weis), disillusioned because of the powerlessness and his fellow teachers-converts, tries to set himself on fire. Auto-da-fé is a new element in the interpretations of Jerman’s end. And the appropriate conclusion of the protest build-up of everything heavy, menacing, repugnant.

Lackeys, directed by the Polish director Maja Kleczewska, are conceived as a transforming production, woven from museum-like, voyeuristic and drama moments that flow from the initial set-up of the space as a setting for a large national celebration. […] Although they don’t try to cover the critical point, directed towards the institution of the Catholic Church, the creators of these new Lackeys manage to remain – when thematising power and authority – on a relatively abstract level. This makes inviting the Polish director to work in Slovenia extraordinarily worthy. Although people in different countries around the world experience different economically and politically triggered distress, the common pattern is obvious. This staging of Lackeys succeeds in showing the universality of the situation, which during the corona virus crisis is apparent all over the world – and with this, it links the people from all over the world beyond any type of cosmopolitan fever.