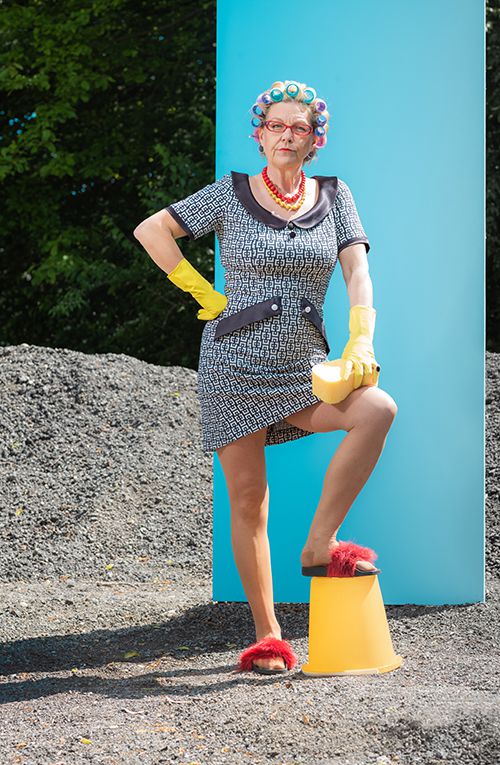 Neda R. Bric (1967), actor and director, joined the Mladinsko ensemble full time in 1995, after several previous collaborations. She also acted in a number of films and TV series (Express, express, Stereotype, Spare Parts, Sweet Dreams). In 2005, she created her first authorial project in which she thematised the phenomenon of the aleksandrinke. She successfully completed her Master’s degree in directing with the performance Eda – the Rusjan Brothers Story (Mladinsko and SNG Nova Gorica). Since then, she’s been directing regularly, primarily her own scripts (apart from those mentioned also Dr. Prešeren, PG Kranj, or A Grain of Salt or Happy Birthday, Marina, PG Kranj in coproduction with NT Tuzla); she has also directed several successful state ceremonies and other events. She teaches at the University of Nova Gorica School of Arts (former Famul Stuart School of Applied Arts). Between 2014 and 2016 she was the acting artistic director at the SNG Nova Gorica, then returned to the Mladinsko. In October 2019 she was bestowed with the Mira award for outstanding literary achievements by the women's section of the Slovenian PEN. In 2015, ZDUS (SADA) honoured her with the Bršljanov Venec Award for the idea, text, directing and realisation of the performance Nora – the Hidden Continent of Memory, and in 2013 Nova Gorica awarded her the France Bevk Award for her outstanding trilogy of performance about aleksandrinke, the Rusjan brothers and the poet Simon Gregorčič. The latter, He Who Fares Alone through the World till Evening, produced by SNG Nova Gorica, won her a Tantadruj Award, while Eda – the Rusjan Brothers story won a Satir Award for special artistic achievements at the SKUP festival in Ptuj in 2009. Bric has also won an acting award, the 2010 ZDUS (SADA) Award for the role of M in Crave.