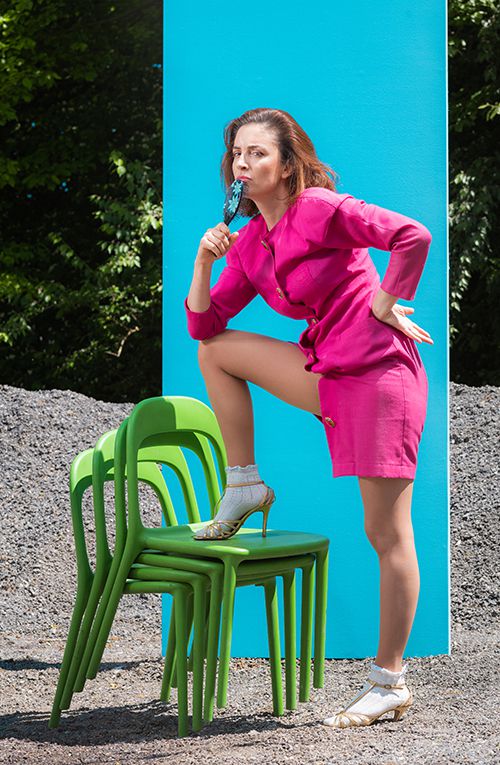 Daša Doberšek (1976) graduated with a degree in acting in 2001 and enrolled in The Central School of Speech and Drama in London for a one-year post-graduate programme that same year. When she returned she spent some time as a freelance artist and worked with a number of theatre institutions (SNT Drama Ljubljana, Ljubljana City Theatre, Ljubljana Puppet Theatre…) and non-institutional groups (Glej Theatre, Via Negativa, Koreodrama …), as well as the Glastonbury Festival in the UK. For several years, she was a permanent member of the Betontanc group and a co-creator of the project of its spin-off group Beton Ltd., I Say What I Am Told To Say. In 2016 she was a member of the team that created an internationally acclaimed performance Three Sisters, produced by Margareta Schwarzwald Institute and the AGRFT. She has been a full time member of the Mladinsko since 2007, but had appeared on its stage before as a guest. In 2009 she won the Golden Bird Award for her roles in The Ward of Our Lady of Mercy, Malfi, Blasted and For a Fistful of Shakespeare, in 2000 the Borštnik Award for Young Actor for the role of Danica in Rudi Šeligo’s The Stones Would Catch Fire (SNG Drama Ljubljana) and in 1999 a student Prešeren Award for the role of Babica/Evica in Gregor Strniša’s Frogs (AGRFT).