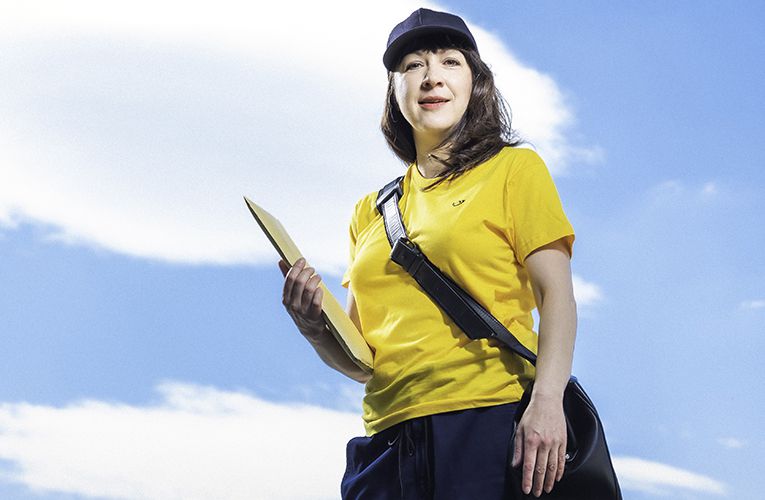 Janja Majzelj (1972) started her acting career under the guidance of Matjaž Pograjc in the theatre-dance group Betontanc, in which she participated from 1989 to 1997, which roughly corresponds to the period of her studies; in 1998 she joined the Mladinsko. She has acted in several television series and films (Mother’s Day, Panic, Good to Go), and she is also a singer. In 2014 she won the Župančič Award for her roles in the performances Death is Smoking My Cigars, Love (Innocence in Seventy Minutes) and The Maids, and the film Panic and television series Mother’s Day; in 2011 the Prešeren Fund Award for her authorial project A Chrysanthemum on the Piano and the roles of Augustina Phillips in For a Fistful of Shakespeare, C, in Crave, Marusja in The Vampire and sister Alma in Persona (Mini teater); in 2002 she – along with her colleagues – won a special jury award at the International Small Scenes Festival in Rijeka (Croatia) to the ensemble of Three sisters for collective acting, in 2001 she won the Sever Award for her roles in Drrream and Three sisters, in 1999 Golden Stick and in 1998 Golden Bird for the role of Pika in the performance of the same name, and in 1992 the student Prešeren Award for the role as Nick Bottom in Midsummer Night’s Dream, and the Župančič Award as a member of the Betontanc group. In addition to these awards she’s also won three awards at the Maribor Theatre Festival (2011 for the Devil in the Scandal in the Valley of St Floriani, 2010 for Sister Alma in Persona in Mini teater and in 2006 for Mila in Fragile! and Elaine in The One and the Other).