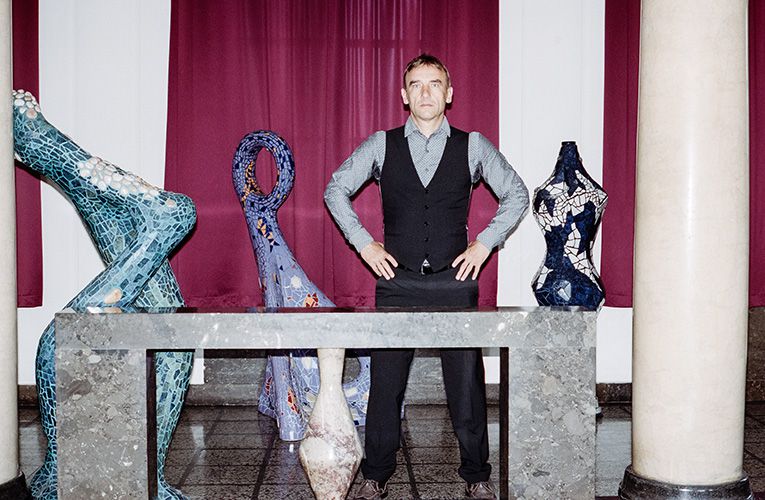 Robert Prebil (1964) has been a member of the Mladinsko ensemble since 1990. He has also worked in Koreodrama Ljubljana, the art programme of Radio Slovenia and television. He acts in films (The Windhunter, Grandma Goes South, Beneath Her Window, Class Enemy, Ana’s Commission) and television series (Our Daily Bread and Mother’s Day). In 2003 he was a part of the artistic team and international co-production that prepared the performance Cleansed by Sarah Kane, directed by Ivan Talijančić. He debuted as a director with the performance No. 203 – The Spirit of the Truth on the Mladinsko stage in 2003 and is also an author (Blue triangle). Recently, he has worked as a sculpture – he creates mosaic structures he’s exhibited several times. In 2004 he won the Noble Comedian Award at the Days of Comedy in Celje for his role in The Farce of Master Pathelin (Špas teater) and in 2002 as a member of the ensemble of Three Sisters a special jury award at the International Small Scenes Festival in Rijeka (Croatia) for collective acting.