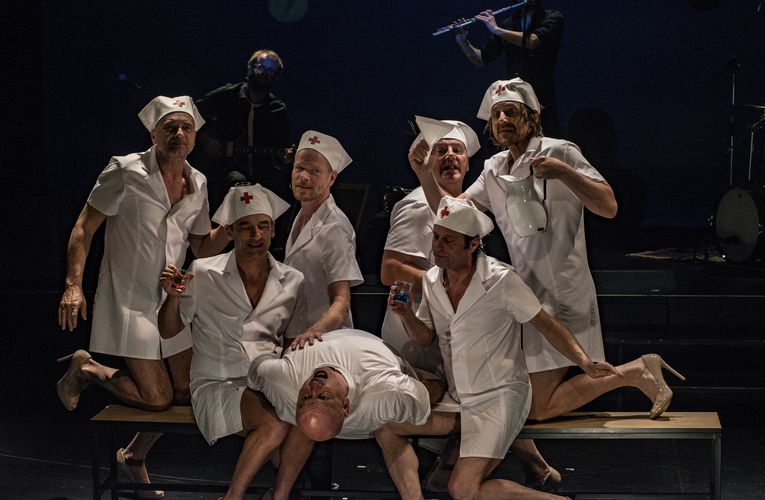 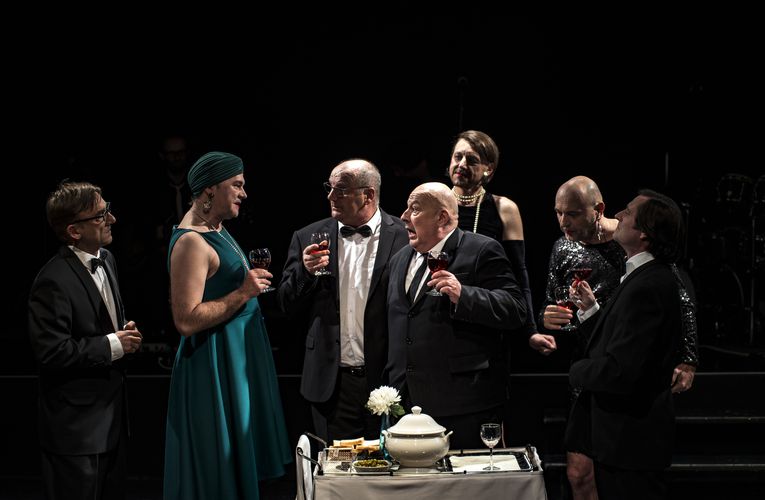 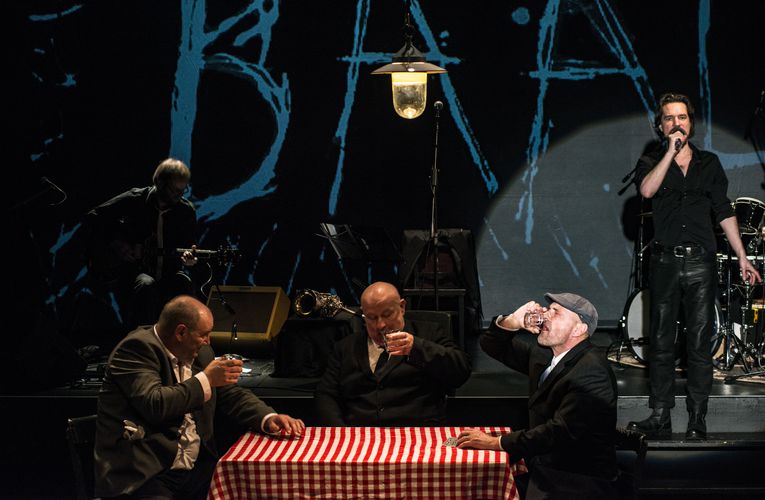 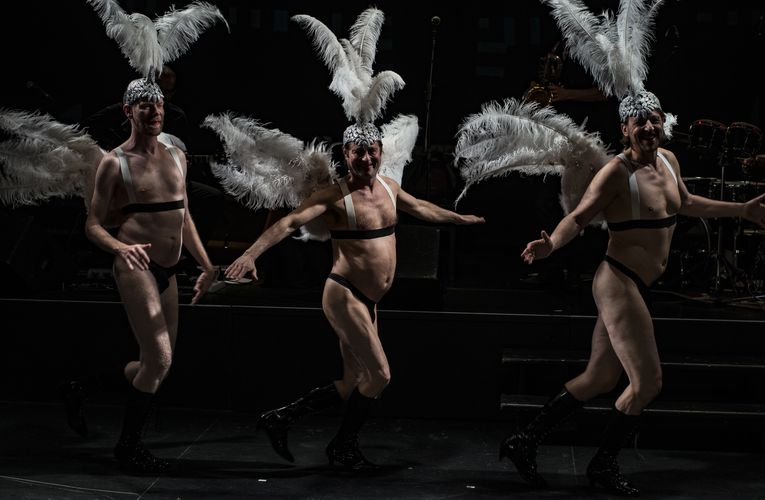 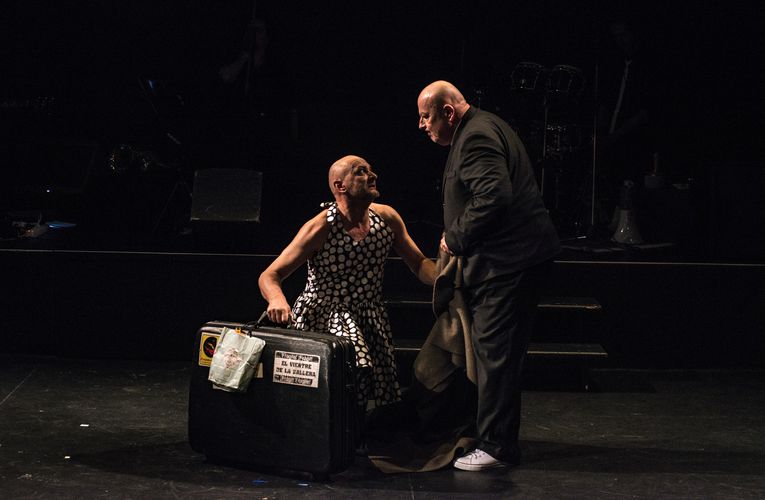 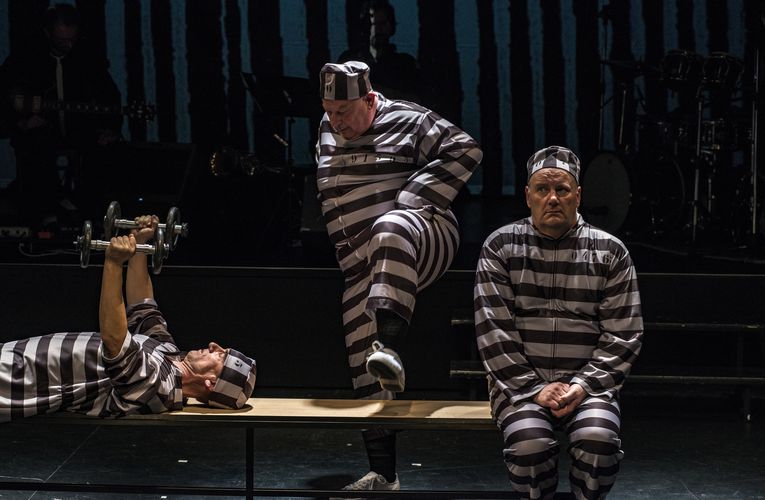 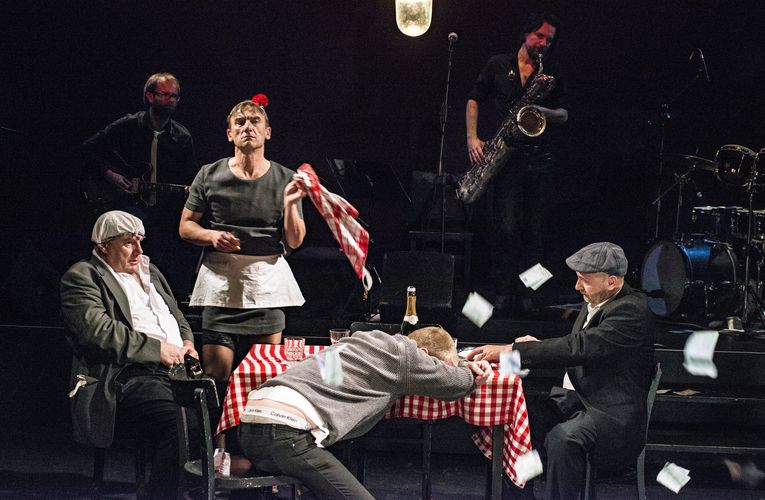 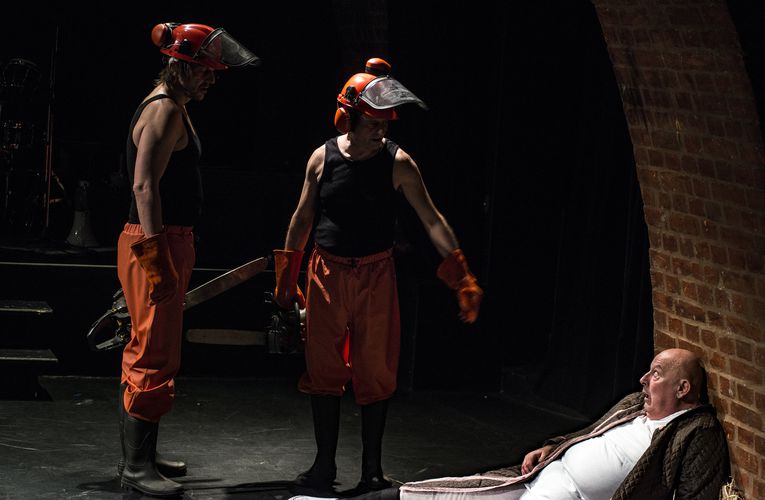 Directed by: Vito Taufer
Based on Baal by Bertolt Brecht
Première: 20. 3. 2019
Cast
Credits

Rozman’s Baal is neither a translation nor an adaptation, but rather an entirely autonomous work. Roza built primarily on the extremely egocentrical attitude of the Brechtian character towards the society. He moved the story to the modern time and our environment, so the national themes are a little more emphasised. His Baal is, compared to the original versions, more connected and light-hearted in text, as he writes dialogues in verse; he created a slightly tragic, but also cynical-entertaining musical. As the original Baal, the poet, is the “child” of a young Brecht, he ascribed some of his youthful poetry to him. And this poetry is the main reason why Vito Taufer chose Rozman as the author who’d move Brecht’s character to here and now: he remembered how he heard Roza interpret his poetry for the first time back in 1980s, the poem Mickey the Crocodile, with a somewhat child-like title, but really a very bloody content. And precisely this mix of naïveté and horror is what distinguishes their Baal.

Just like Brecht’s hero, Roza’s also speaks, thinks and does whatever he wants. He writes juicy verses out of the blind spots of social anomaly, so that, as he says, the truth hurts the most/those pumped up morons/with dirty consciousness/but think we all have to eat out of their hand/and lick their arse. The brilliant cast, totally committed to the pleasure of acting, creates a performance that roars in its elemental lust for life. It is all just a game, the ecstasy of a brilliantly sung number, the superior acting, laughter that a white girly dress on a body of a fifty-something male evokes in the audience, and his heels, and his hairy legs. The cabaret devours the decaying, abused body of a fifteen-year-old, the Catholic church paedophilia, the betrayed, the humiliated, the insulted and the cheated, and Baal sings: For life to run as painlessly as it can/and our consciousness and other things gnaw at us as little as they can/each one must build/a high defence wall /lock up his castle and protect the treasure of his favourite pleasure.

[T]he production has a good flow and rhythm and the entire staging retains a strong, relaxed, humorous and yet somewhat dark and suffocating atmosphere. The acting […] matches the tone and the type of humour of the production, and is appropriately natural and relaxed despite humorous exaggerations of the text, and its versification. The strongest element of the production are definitely musical arrangements […] which give Baal a strong atmosphere, draw and deepen the tone of the performance and support its humorous atmosphere.

The production is conceived as a burlesque, introduced by a musical trio (Vasko Atanasovski Trio, music by Aleksader Pešut –Schatzi), which comes to life more in the wild solos than it does in simple songs. The trio follows the events on stage, supports Baal’s (Ivo Godnič) songs and actively takes the 'narrator’s' position, with which it sews the transitions between scenes and frames the entire production.

In ages, the Zagreb audience hasn’t had as much fun as it had at the opening of the 34th Gavella nights, watching Baal by Mladinsko from Ljubljana. […] Taufer turns Baal’s wandering into a fleshed out theatre event in which eight actors play five times as many roles. The zeal and the rhythm with which they act are the main aces of the production, from every little detail of the carefully constructed characters to the way they master walking in high heels, so that the spectator forgets that men play women on stage. In certain scenes this becomes completely unimportant, in others it is a source of excellent entertainment or a sharp commentary. A Shakespearian shift into a time when only med were allowed onstage, reinforces the luddism and sarcasm of this performance. Their incredible, harmonious acting, set up – in front of our eyes, on stage – a completely new, tilted world. We saw one of those rare productions that defy description and explanation. This is theatre that one has to actually watch. And remember.