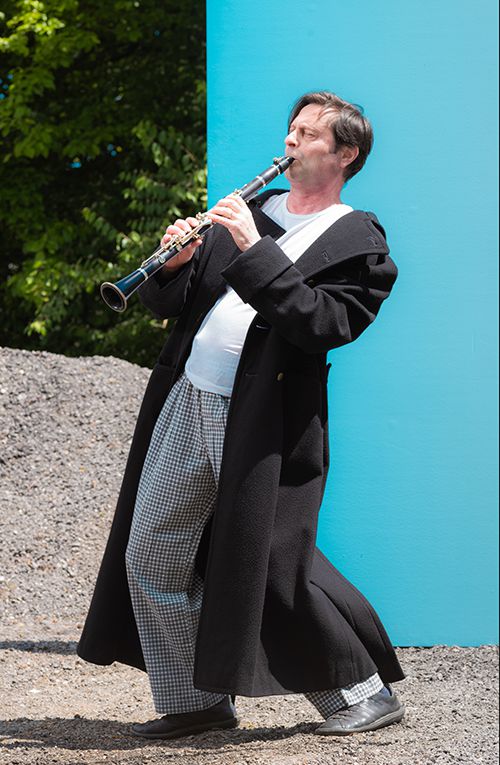 In 1988 Uroš Maček (1960) became a full-time member of the Mladinsko where he had previously completed an internship. Particularly in the 1980s, he also worked in other Slovenian institutional and non-institutional theatre, for example with the Experimental Theatre Glej (Night with Guests), PDG Nova Gorica (The Threepenny Opera), Ljubljana City Theatre (Justication), Koreodrama Ljubljana (De profundis) and Thespian Carriage in Maribor. He has appeared on film and television (What a Sun, Love, The Tales from the Honey Flowerhouse, Fortune Teller), and his voice is recognisable to the regular radio listeners, as he has worked on a number of radio dramas, literary readings and similar programmes. In 2010 he was one of the recipients of the award for exceptional collective work in the performance Damned Be the Traitor of His Homeland! at the Maribor Theatre Festival, in 2002 of the special jury award at the International Small Scenes Festival in Rijeka (Croatia) to the ensemble of Three sisters for collective performance, and in 1991 he won the ZDUS (SADA) award for the role of the Child 1 in Night with Guests.