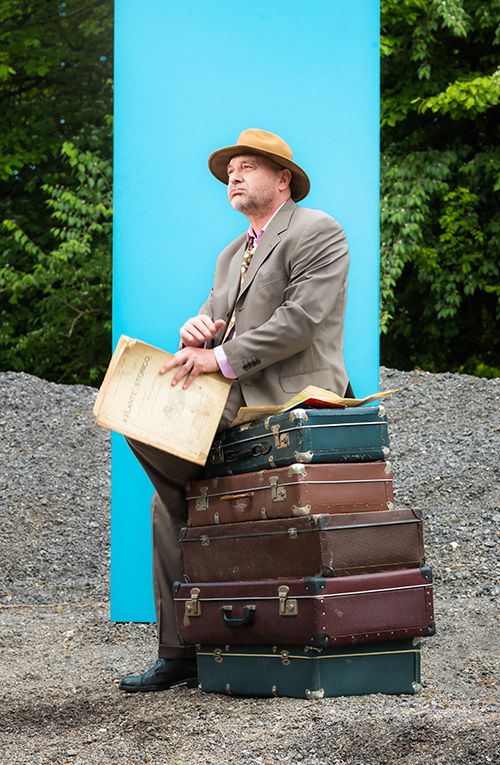 Dario Varga (1961) joined the Mladinsko in 1989. As a student, he acted in performances in SNT Drama Ljubljana and Drama SNT Maribor, later in Celje People’s theatre, Koreodrama Ljubljana, Teater 55 and occasionally abroad (Croatia). Wider audience knows him by his films (Mokush, Halgato, Rascals!, Pirandello, Cottage Cheese and Marmalade, Rooster’s Breakfast) and television roles (Our Little Clinic, When We Return). He took up directing several times: in the Mladinsko he staged Walter Parsifal and Hamlet by Andrej Rozman Roza and co-created authorial project The Backstage of Champions. In 2017 he won the Noble Comedian Award at the Days of Comedy in Celje for the role of Valentinčič in Slamrock, in 2010 he was one of the recipients of the award for exceptional collective work in the performance Damned Be the Traitor of His Homeland! at the Maribor Theatre Festival, in 1998 he won the Golden Stick Award for the roles in performance Old Friends produced by Moje gledališče, in 1993 the ZDUS (SADA) Award for the role of Mariana in Tartif and in 1989 a student Prešeren Award for Garcin in No Exit.