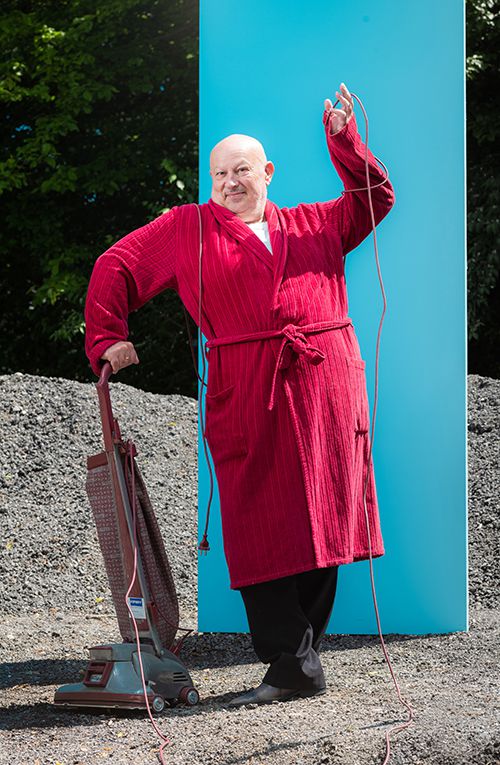 Ivan Godnič (1963) completed his studies in acting in 1988 and became a member of the Prešeren Theatre Kranj, and in 1990 he joined the Mladinsko. He co-founded the Scipion Nasice Sisters Theatre, where he acted in projects Baptism Under Triglav and Marija Nablocka, and he is also a cast member in the fifty-year theatre performance Project Noordung1995–2045. Occasionally he performs as a guest in other theatre houses and projects (SNT Drama, Glej, Ljubljana City Theatre, acts in films (Ljubljana the Beloved, Headnosie, A Summer in a Sea-Shell II, My Dad the Socialist Kulak …) and television. He’s well known for his one-man political satire Conversations with the Marshall and his role of Marshall Tito. He formed part of The Man Who Watched the World acting ensemble, which received the Borštnik Award for collective acting at the Maribor Theatre Festival in 2017. His immense talent for comedy won him the Noble Comedian Award at the Days of Comedy in Celje for his role in The Farce of Master Pathelin, and the Golden Laughter Award at the Days of Satire in Zagreb for the role of Professor in Ionesco’s The Lesson. In 1995 he won the Golden Stick Award for his role in Clowns, in 1989 Golden Bird and in 1987 for the collective student Prešeren Award for the performance The Imaginary Invalid.