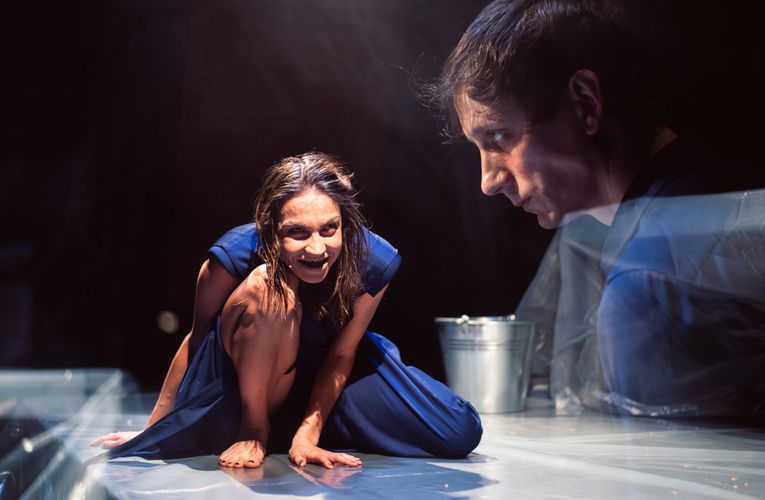 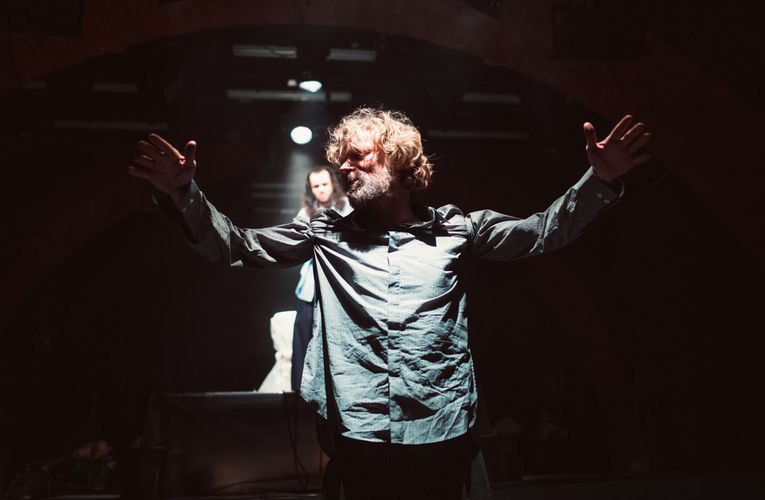 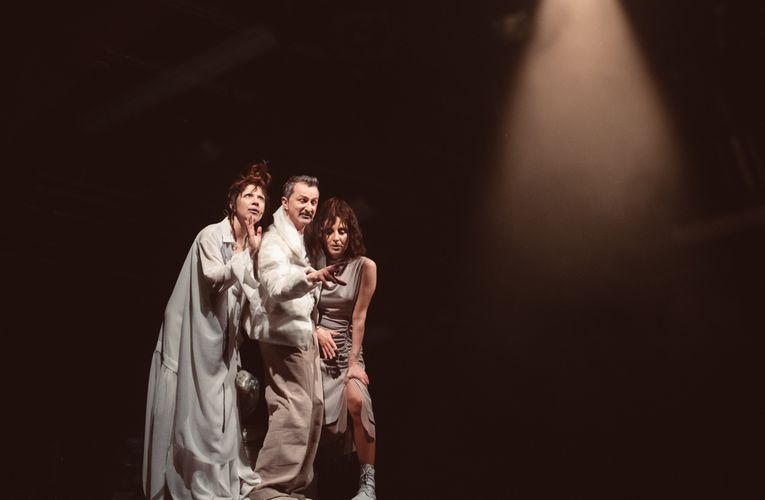 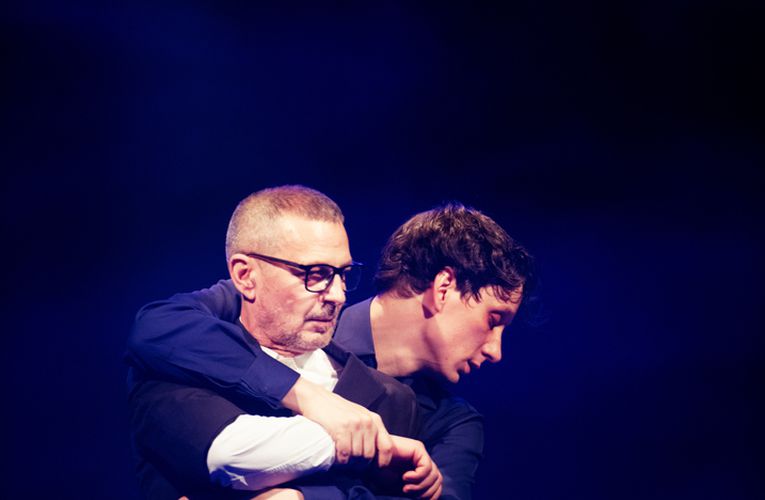 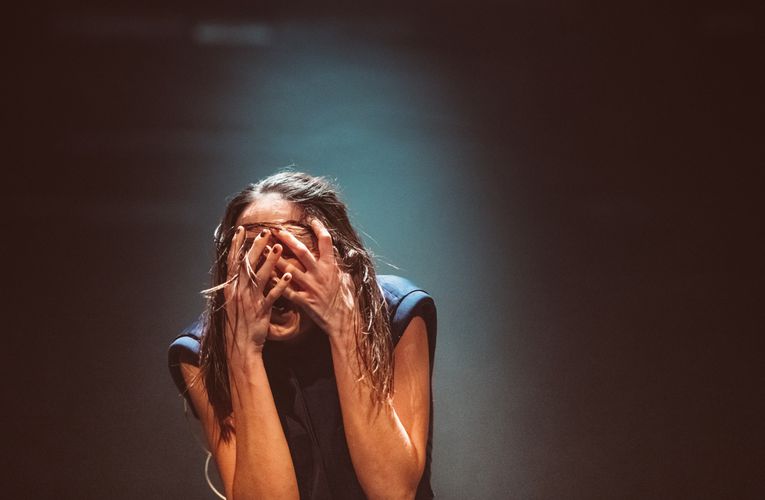 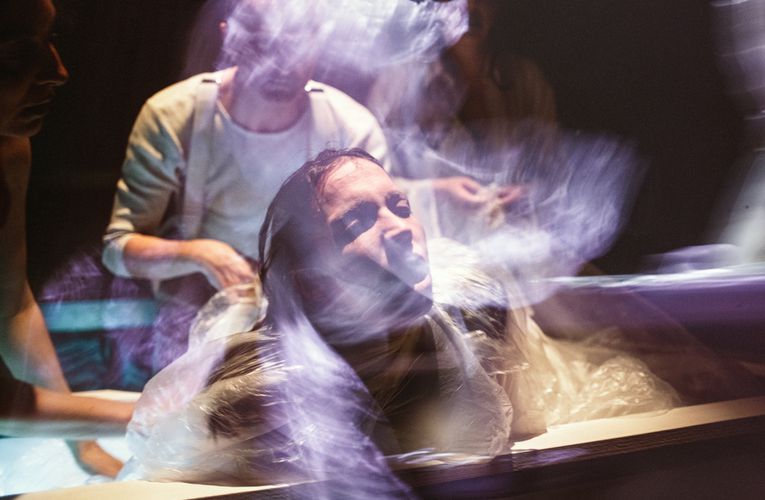 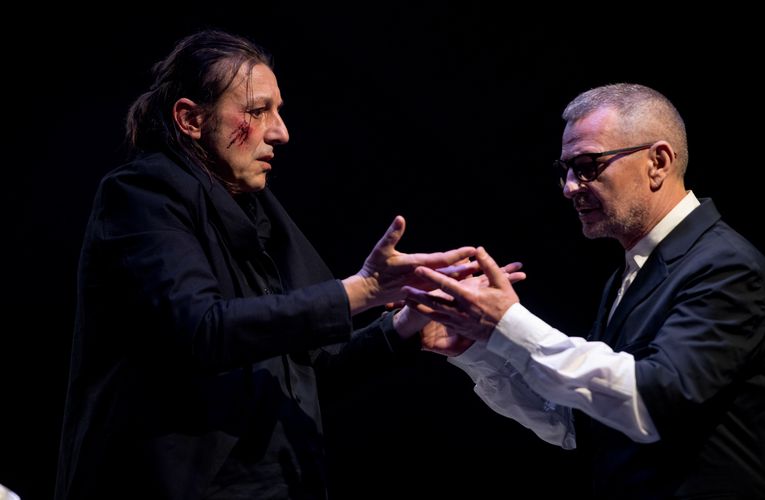 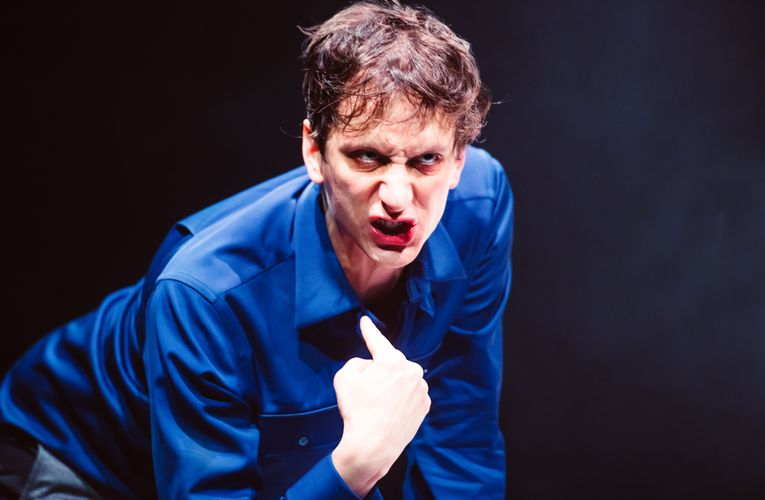 Costume design: Inês Torcato in cooperation with Matjaž Pograjc
(based on her collection Fall/Winter 2019/2020)

Why stage Macbeth, when it has been done endlessly and discussed endlessly what the Bard wanted to say with it? And then the German leftist intellectual added his own and tangled the matter into a Gordian knot of the eternal dilemma about how to paint a wasteland, rainy and windy landscape, emptiness and silence of scenes, and the misery of side characters, ruled by the main hero, and above all the bloody heroine, a sharp corporal expressiveness, fatalistic character and the firmness of the perverted class relations, animalistic sexuality, fake morals and the breaking of bones to souls. But he who breaks bones also breaks his heart, and there is no stronger weapon for it than singing, dancing and some broken, inward-looking verses by the great Bard.

Call M for Macbeth, as conceived by the director Matjaž Pograjc and actress Klara Kastelec after Shakespeare’s famous tragedy, is a lively, unusual, at times even grotesquely comical sharp rendition of this classical play, which – rather than with earnest respectfulness – tackles the thematic clusters of the original with an eclectic, yet skilfully constructed and quite efficient mixture of genre and formal approaches. In this 'distillation' of Macbeth, created upon the new translation by Srečko Fišer, prepared for the staging in the Nova Gorica theatre just over a year ago, it is thus impossible to miss the playful attitude towards the significantly shortened text and its content, as well as towards the spectators, sitting on wooden benches, each with a glass of red wine in front of them; yet through the intertwining of  dramatic, visual and musical it does gradually sketch a chilling portrait of madness and authoritarian arbitrariness, which more than just another attempt to interpret the mysterious motifs of the protagonist comes across as a acerbic, multi-layered commentary of our modernity, complete with the final coronation of the sinister figure of Malcolm (Matija Vastl).

The first, the second, the third. A bloody red spot. The end that has no ending. Sprayed onto the stage wrapped in polyvinylchloride. Because there’s a lot of blood in the play, explains the director and stage designer Matjaž Pograjc. Blood, reflected with red filters of the spotlights in aestheticised scenes of violence. This image is rounded up with the concept of costumography, conceived on the basis of the autumn/winter collection by Inês Torcato. The counterpoint to the aestheticised images from the written script is music. It’s an attempt to invent a new genre, which moves between a theatre performance and a musical concert, explains the director who created the concept in collaboration with Klara Kastelec [...].

Actors enter their dialogue with the audience very efficiently; the spectators sit on wooden benches, behind tables, and during the show, waiters and actors serve them wine and food, so the effect of a relaxed atmosphere at a feast, interrupted by Macbeth’s delusions is very convincing. Once again, Pograjc’s work doesn’t disappoint. It’s a completely unique adaptation, which ties Macbeth to the throne and offers the audience a new dimension of the classic:  an alternative style that merges genres and cultures and writes the same story anew.