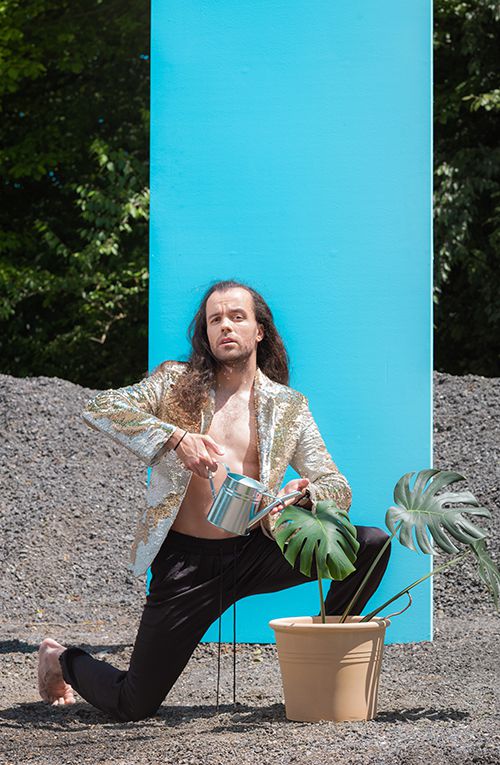 Blaž Šef (1986) graduated in 2010 and joined the Mladinsko, where he’d already acted as a student, in the same year. Also already as a student, he participated in a number of projects of other institutional and non-institutional theatres, particularly in Ljubljana (ŠKUC, Glej, Ljubljana Dance Theatre, Bunker, Mini teater, Klovnbuf ...). He is also a permanent collaborator of RTV Slovenia (television shows for children and youth, Big Band RTV Slovenija, literary programmes on the radio, synchronisation of cartoons), Cankarjev dom, SNT Opera and Ballet Ljubljana etc. He acts in films (for example in Damjan Kozole’s award-winning Nightlife) and often participates in different artistic events. Since 2006 he’s been working with the Herman Potočnik Noordung Memorial Centre, later The Cultural Centre of European Space Technologies (KSEVT) in his home village of Vitanje. He is a co-founder of institutes AVGUS and Ignor. In 2017 he received the Sever Award for his creations in Our Violence and Your Violence, Dog and Pony Show and The Idiots (Mladinsko Theatre), as well as Chagall (AVGUS institute). In the same year, he and his two colleagues received the award for the ensemble acting at the Festival of Small Theatre Forms (Vratsa, Bulgaria) for the performance The Ward Wants To Be Warden (Glej Theatre). In 2008, he also won the Sever Award for students (Othello).