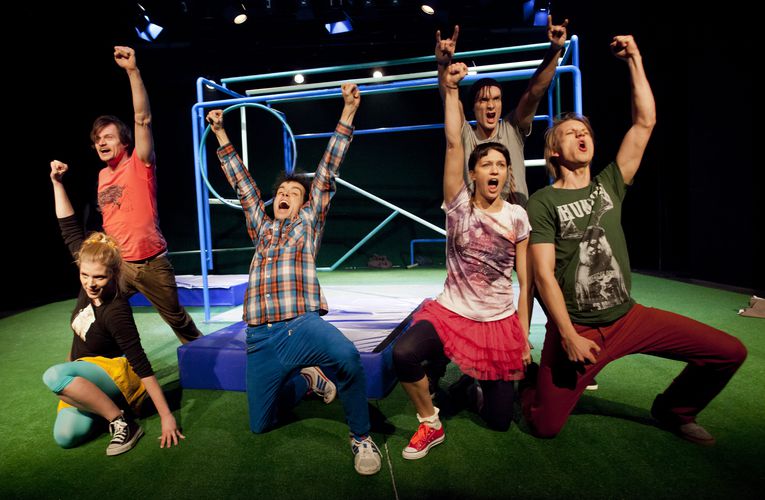 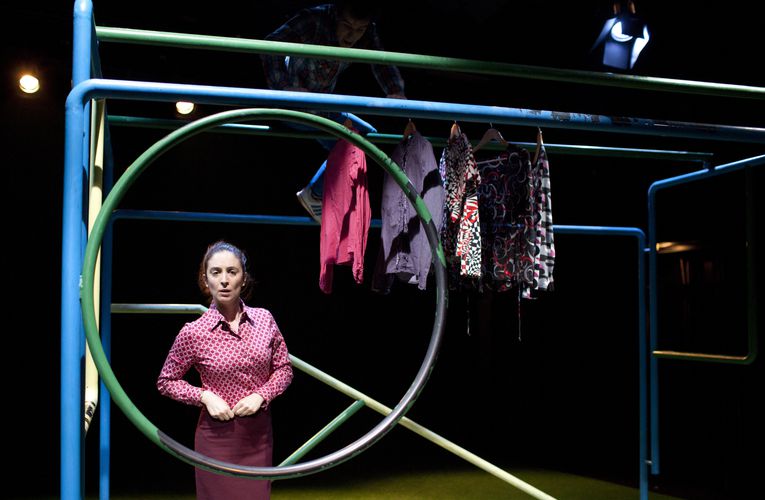 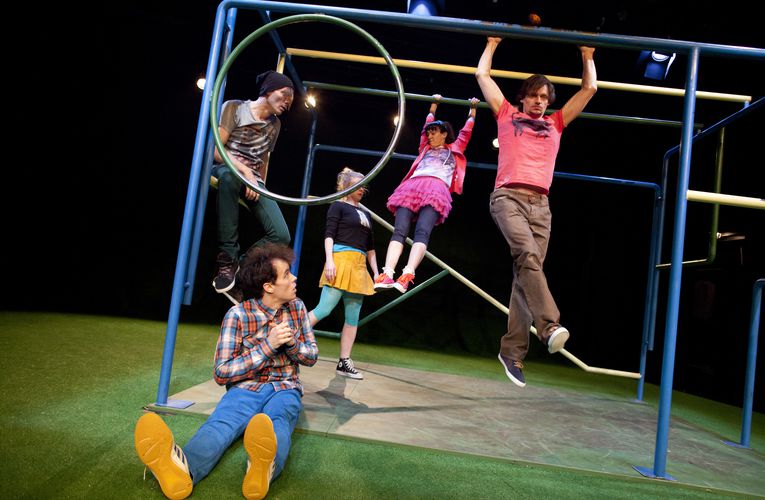 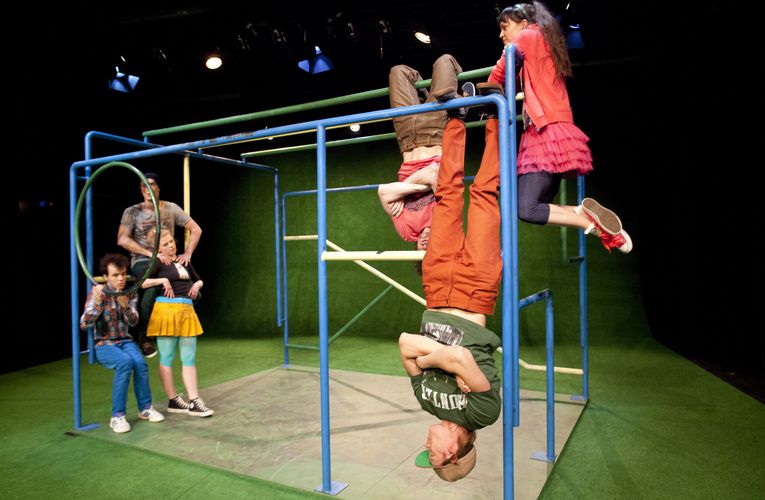 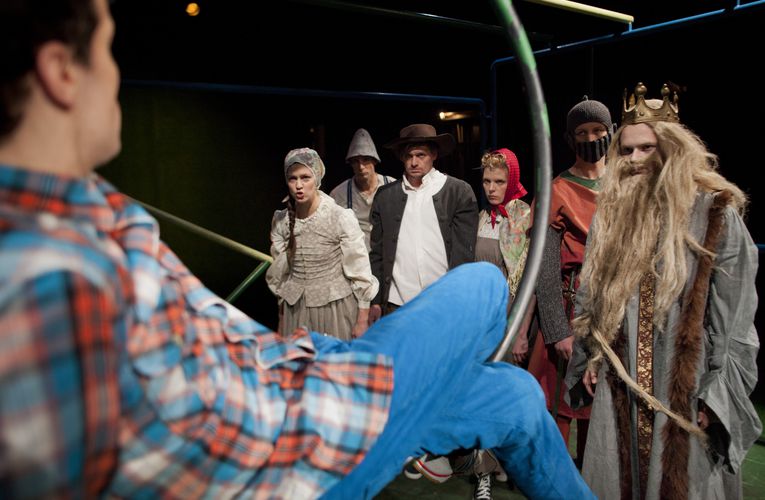 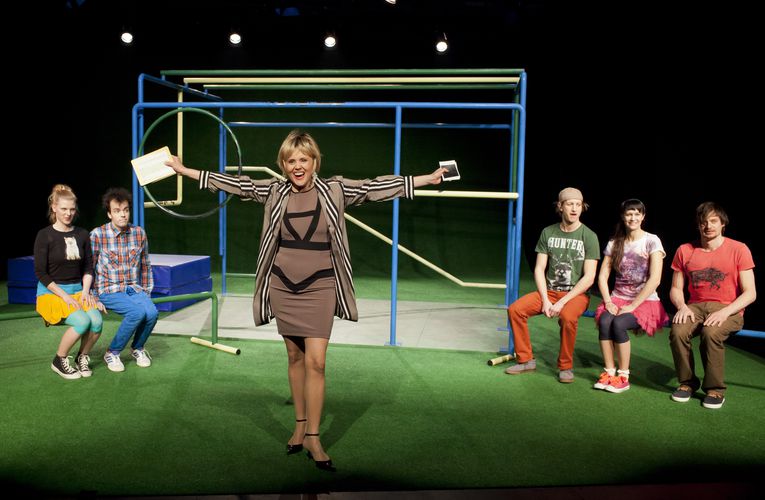 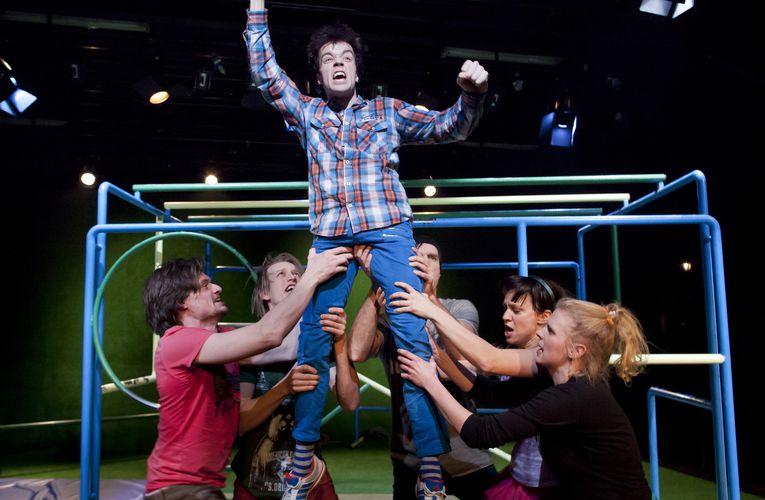 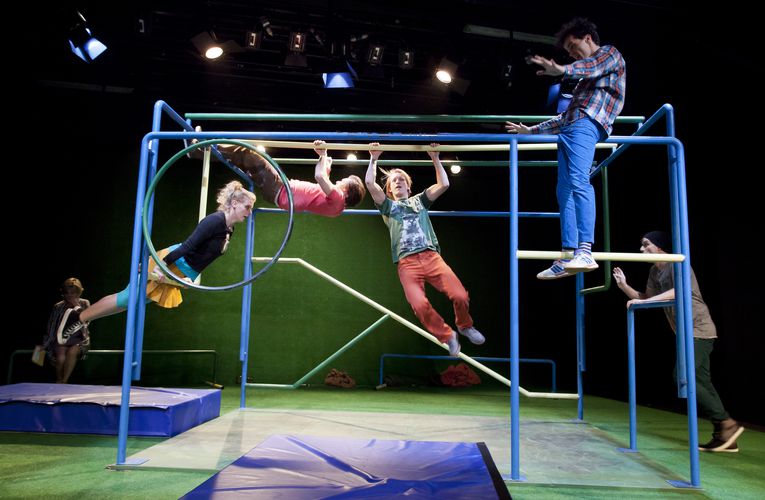 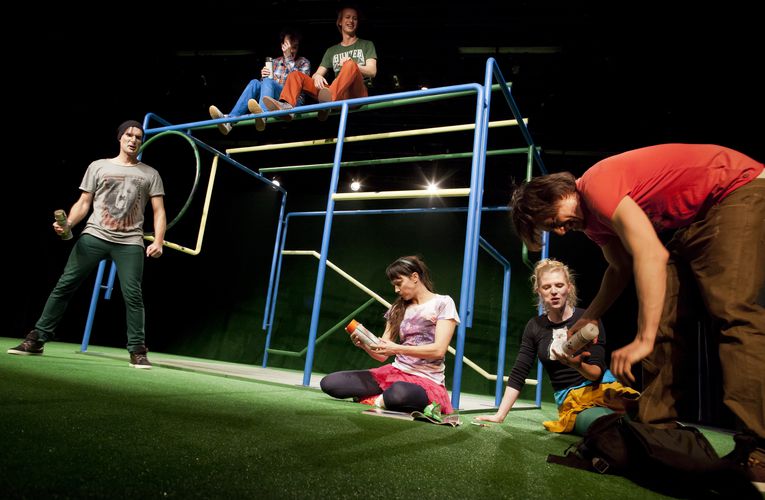 All the Heroes Counted

Together, director and choreographer Branko Potočan and playwright Draga Potočnjak have already “cooked up” Kekec, which broke the ground of the dance-theatre genre for children in Slovenia. Here they explore heroism through the prism of Slovenian folk tale heritage on one side and the eyes of a pre-adolescent child on the other. The performance introduces us to a group of children preparing for a quiz show All the Heroes Counted. In the group there is a 10- year old France, who is intellectually and socially extremely capable, but can’t physically compete with his 12-year-old team mates. And it’s the physical skill that is so very important amongst the growing boys …  France’s dreams interfere with events: in them, his older peers morph into Slovenian folk- and fairy-tale heroes and heroines: Peter Klepec, Martin Krpan, Mojca Pokrajculja, Miklova Zala and Krištof Lambergar, although in everyday life, their behaviour as Peter, Martin, Zala … is far from heroic. The performance relies heavily on movement, as the story twists and turns at the junction of the physical and the intellectual, and on humour, as it is the language that is the quickest and the most successful in finding its way to people.

The performance originally based on word and then efficiently propelled by movement (choreography is the stronger part of the performance) tries to merge different documentary, spiritual, emotional and physical worlds. [T]he performance as a whole is a kind of a test in selected chapters of oral and written heritage, although at times the different languages of the old and new vocabulary are wittily intertwined and create a mess in the heads of double heroes that belong to the playground of history and the playground of the nearby park.

The text by Draga Potočnjak intertwines the experience of growing-up in contemporary society with the reality of the Slovenian folk-tale heroes and their values, while Potočan’s 'choreographic direction' adds up to a performatively 'tightly wound' bustle of physical and mental limberness.

All the Heroes Counted is a clever and witty performance for the youngest audiences, but it will surely entertain older spectators as well.

The performance was selected in the catalogue of quality stagings on the platform Zlata paličica.