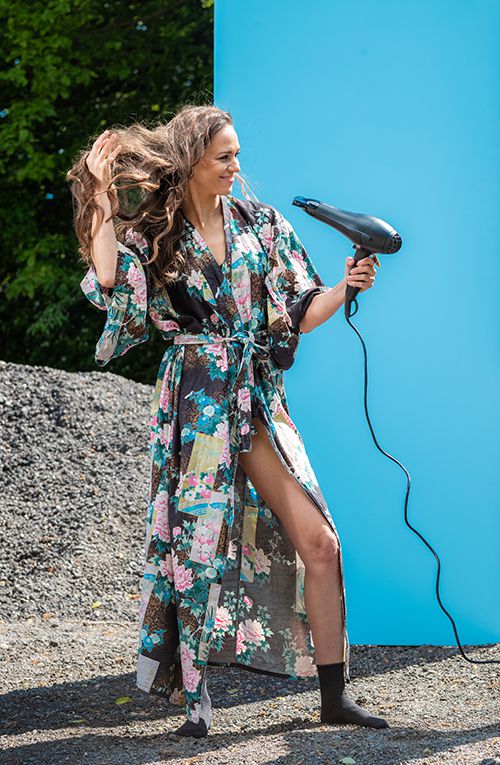 Katarina Stegnar (1976) is an actress, performer, movement artist, researcher, deviser who has been active in Slovenian theatre since 1999. With her creativity she has left a mark particularly in the independent scene – she’s one of the most active collaborators of the platform for research, development and production of contemporary stage art Via Negativa, a member of Betontanc and its spin-off, the Beton Ltd., a collective that has staged a number of successful performances, most recently Ich kann nicht anders. She has been collaborating with Glej Theatre, Anton Podbevšek Theatre, SNT Drama Ljubljana, E.P.I. Center, Wax Factory, Ljubljana Dance Theatre, Ex-Ponto, Maska etc., and since 2002 also with the Mladinsko, of which she became a full-time member in 2014. She created several acclaimed roles in films, particularly important were Rascals! (2000) and The Tree (2014). In 2017 she received the Borštnik Award for acting, together with her acting colleagues from the performance The Man Who Watched the World, and in 2016 the Prešeren Fund Award for her roles in the Mladinsko performances (Pavla Above the Precipice, All the Heroes Counted and Rok’s Depth) and the projects on independent scene (Revolting Man Beton Ltd. and Katarina on Demand (with Urška Brodar and Jure Novak)). In 2007 she won the Veljko Maričić Award for the best young actor at the International Small Scenes Festival in Rijeka (Croatia) for the role of Tjaša in Fragile!, and in 2005 the Golden Bird Award.