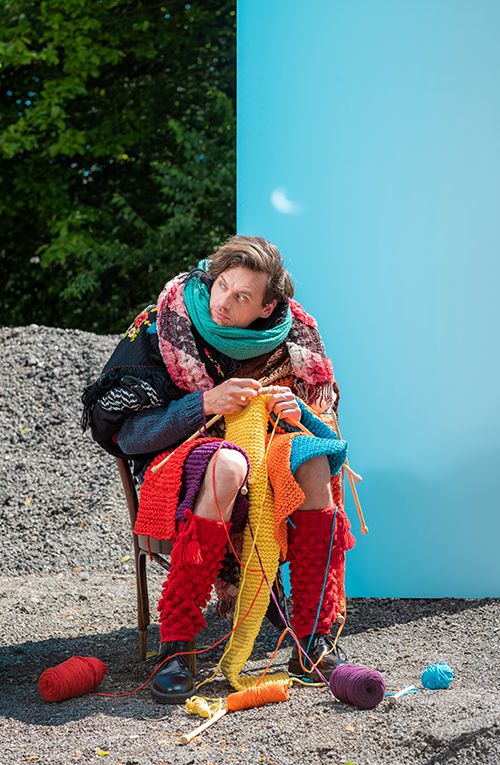 Primož Bezjak (1977), an actor, movement artist/dancer, choreographer and performance artist has been active in the Slovenian theatre landscape since at least 1999, when he took part in Matjaž Pograjc’s and Betontanc’s performance Secret List of Sunny Days. He became a regular member of Betontanc and he also set up a spin-off group Beton Ltd. with his colleagues, that went on to produce successful performances, recently, for example, Ich kann nich anders. At the end of 2008 he joined the Mladinsko full time, but he played a couple of roles here before. The wider audience knows him by his acclaimed film roles (Blind Spot, Headnoise, No Man’s Land, Ode to the Poet, Rascals!), particularly as Djuro in the popular Slovenian film Rooster’s Breakfast. In 2011 he received the Župančič Award for his creations in the performances Lowering the Skies, Clockwork Orange, Damned Be the Traitor of his Homeland!, The Vampire and Nijinsky’s Last Dance at the Mladinsko and performances SO FAR AWAY – introduction to ego-logy (Beton Ltd.) and Invalid (Via Negativa). In 2010, he was one of the recipients of the award for the extraordinary collective achievement in the performance Damned Be the Traitor of His Homeland! at the Maribor Theatre Festival, and in 2003 he won the Golden Bird Award.