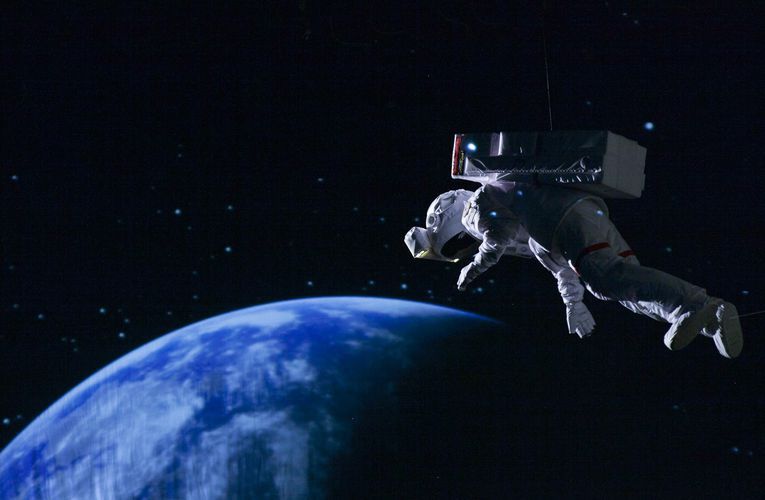 The Man Who Watched the World; photo by Nejc Saje

Our programme is moving online

Since the public life in Slovenia has come to a halt due to the epidemic of COVID-19 caused by the new coronavirus, we cannot inform you of the exact programme for April. Not only because we cannot know for sure when the situation will allow the theatres to open our doors again, but also because self-isolation prevents one of the main theatre activities: rehearsing for new productions – which is, of course, a collective process. Thus, we had to stop rehearsals for Paloma and The Game, both meant to be premiered in March.

Therefore, the performances mentioned will not be ready in April either, even though we have previously planned quite a few reprises. We will bring them to a première as soon as possible – but it is most likely that it will take some time since the coordination processes for some of the aspects which have already been agreed upon will have to start again from the scratch. In the forthcoming months, this will strongly influence the schedules of the actors, the technical crew, the availability of the halls and therefore the theatre programme as a whole. We ask for your understanding.

We strongly hope that the situation will normalise at the soonest possible time and that in the second half of April we will be able to realise at least part of the planned performances. The Republic, The Opposite, The Prophet, no title yet and Dial M for Macbeth are among them. Until then, our programme will take place online. From 23 March on, you will be able to watch recordings of our shows from the last seasons (a new one every Monday). They will be available on our web and Facebook page. Thus, we hope to contribute to the time passing quicker, more rewardingly and less alone.

Online, as well as live, Mladinsko will stay true to its engaged, critical stance and efforts towards expanding the spaces of freedom: the series will be launched by The Man Who Watched the World, a project that brought the Borštnik Award for Direction to Žiga Divjak and the Borštnik Award for Acting to the entire cast.

We will keep you informed of our online programme as well as any changes regarding the live one. But at the same time we ask you to follow the announcements and programme on our web and Facebook pages. Any questions and suggestions you may have you can send us to our usual email addresses. The phones are not a good option this time as due to self-isolation, crucial to protect the most vulnerable members of our society, we work mainly from home.

May we see each other in person soon!