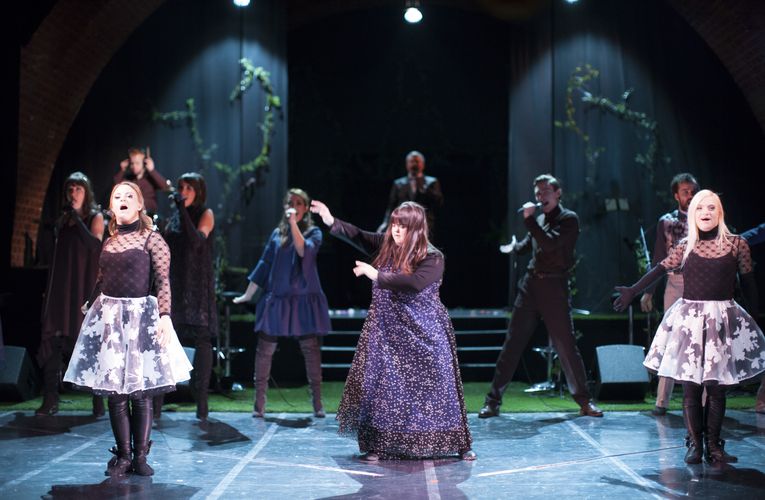 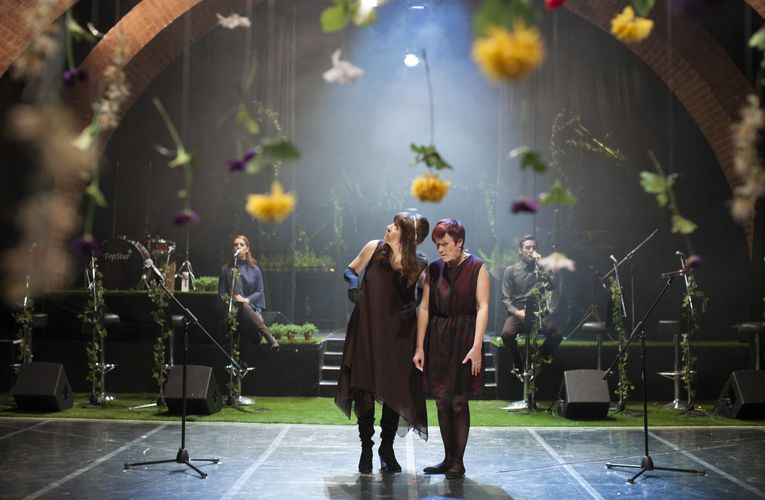 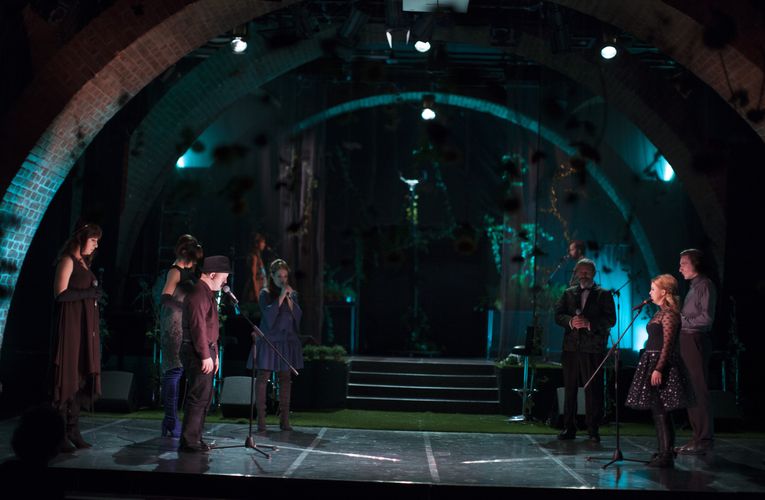 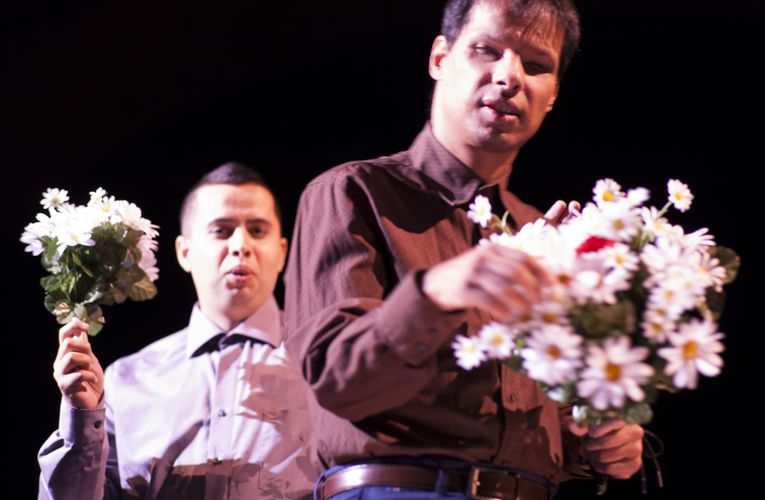 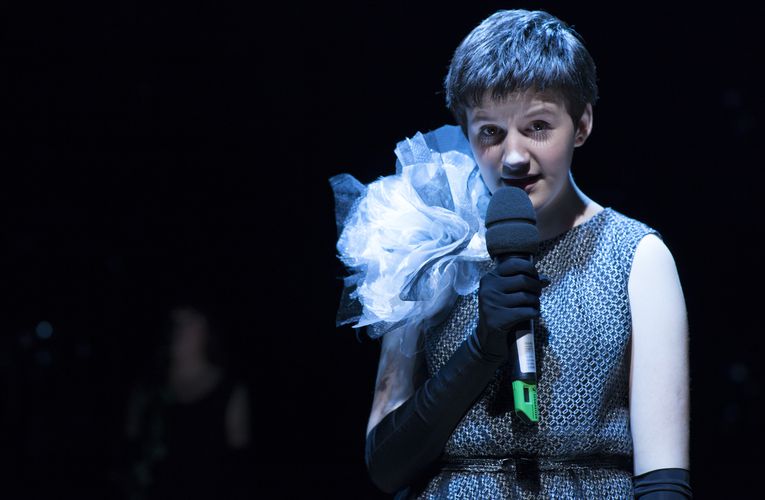 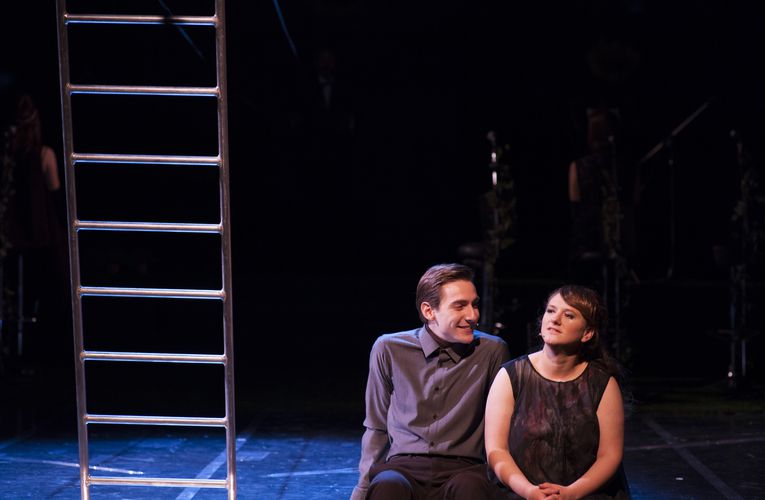 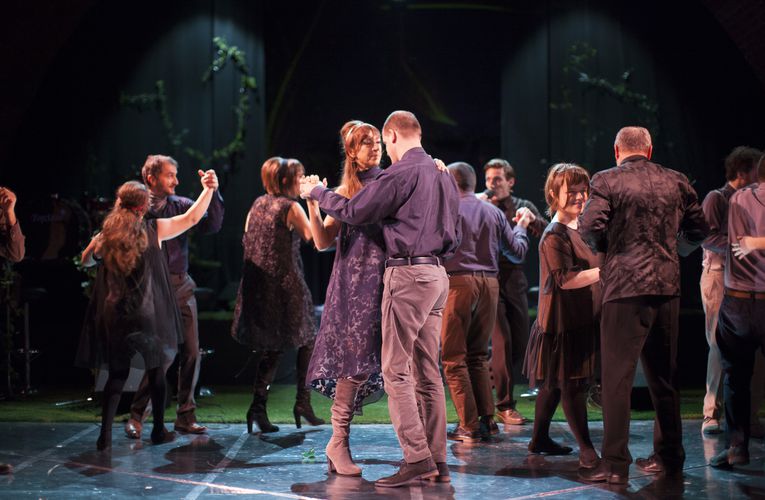 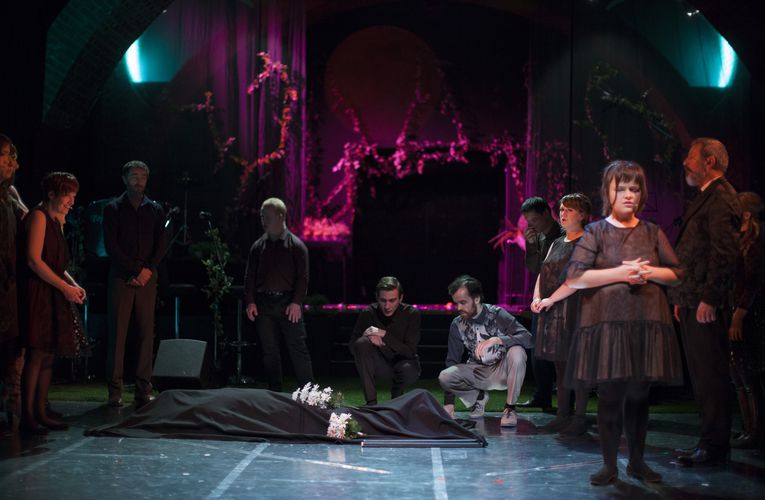 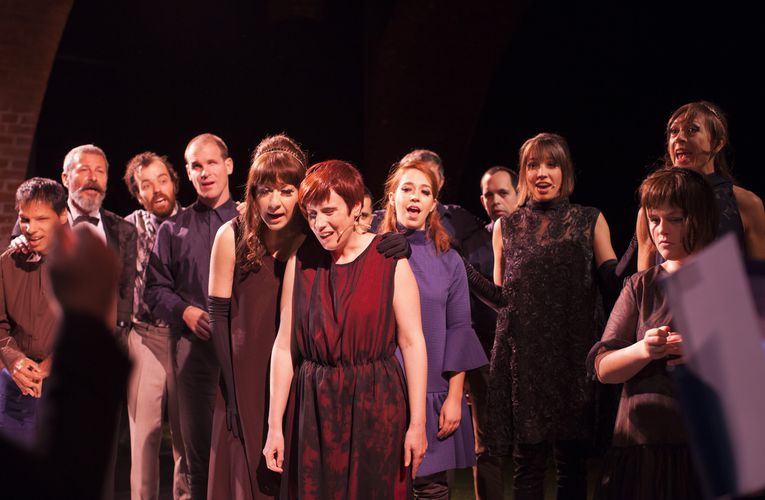 Poet and playwright Gregor Strniša is one of the most acclaimed 20th-century Slovenian authors, renowned for his highly metaphysical poetry and poetic plays. His poems, exploring magically interconnected multiple universes, have been translated into almost twenty languages, including English, French, Italian, Spanish, German and Russian. Nevertheless, he gained wide recognition only in the later years of his life and after his death. As a young man, he made a living as a songwriter. He approached the craft somewhat reluctantly, but never sunk into banality. The lyrics that he authored for many Slovenian pop songs are considered classics today.

Matjaž Pograjc, who describes Strniša’s work as “poetry for voice”, aims to make a homage to the man who proved that songs can be art and that pop can be good music. In the process, he'll try to find beauty in unexpected places. This time he'll venture into the (in Slovenia still uncharted) territory of disabled theatre and bring together Mladinsko actors with musicians, singers and dancers with cognitive disability.

I have always found the inclusion of all social groups into the social milieu extremely important – and in this sense, I applaud the cooperation between the Mladinsko and the Education, Work and Care Centre Draga.

A co-produced theatrical concert Slovenian Song, as it is called, is an incredible synergy of the purest primal expression and playing as the best way of connection. We have already seen some excellent performances on different stages with persons with cognitive disabilities, but never before such a direct stage symbiosis in a professional theatre. […] The twelve performers from the Draga Center create a special atmosphere on the stage set for a concert spectacle and the improvised decorated auditorium, which is a 1970s revival. Together with the actors and their gentle, yet reliable support, they recreate the world of magic, so distant from the empty perfect pop world in which everything is ironed out, designed, photo-shopped. It’s been a while since we last saw on stage the kind of pureness and gentleness that the young and not so young residents of the Center radiate. In the synergy with the actors, Strniša’s world appeared out-worldly, and what was the most unusual: the key performances, by them, 'different', were unbelievably accomplished, perfectly sung and danced, and evoked no charitable altruism, let alone pathetic sympathy.

Director Matjaž Pograjc used individualised approach to adapt the contents and the stage presence of the performers with cognitive and other disabilities so that they fit their strengths and skills. His stage is not just for shows, he offers it as a space where everyone can create or express something individual, unique. And enjoys it immensely. As singers (Eva Troha, Tatjana Konte), musicians (Blaž Pirman), actors, raconteurs (Urška Gorše) and dancers (Andreja Lazar, Eva Pirnat) – and the list of strong performances is not exclusive to the ones mentioned – the performers don’t enchant with a learnt skill, but rather with their ingeniousness, authenticity, sincerity – the concepts that have been making waves in theatre and performative practices since the last century – that are captured in their physical presence. The body (and the voice) is not disciplined into a tool of representation and evocation of appropriate effects, as these eschew the control of the director’s mind and the formulation of a legible meaning. The unexpected stammers, enthusiastic cries and compulsive movements reveal the fragility and pureness of the performance and at the same time the determinate belonging to the (theatre) community here and now.

In addition to eight professional actors there are twelve persons with cognitive disabilities singing and dancing on stage. A performance was created that shows that the world lives in a symbiosis. Through music, poetry and dance, it evokes the sensitivity towards people who are different, and also the awe of strong expressiveness that art can awaken in people. Gregor Strniša’s poetry gets a new sound from the members of Silence, who have consciously distanced themselves from the pop genre and shifted towards electronic music […] Slovenian Song from another world, we could say, where the borders between the “different” and the “normal” are blurred, where there is genuine joy of creating, and where the final product is a performance that also means a huge step forward in securing equal opportunities for persons with special needs, or as one of the actors says: 'It’s a little weird that we handicapped perform in a real theatre performance. But perhaps once there will be a time when this is no longer weird.'