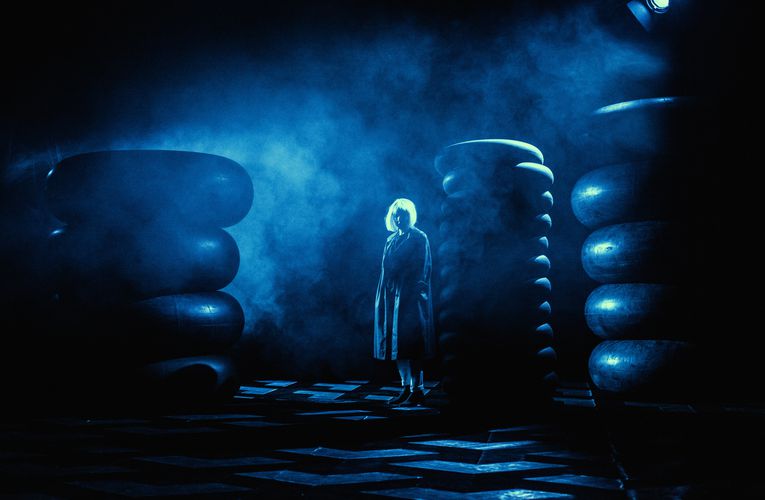 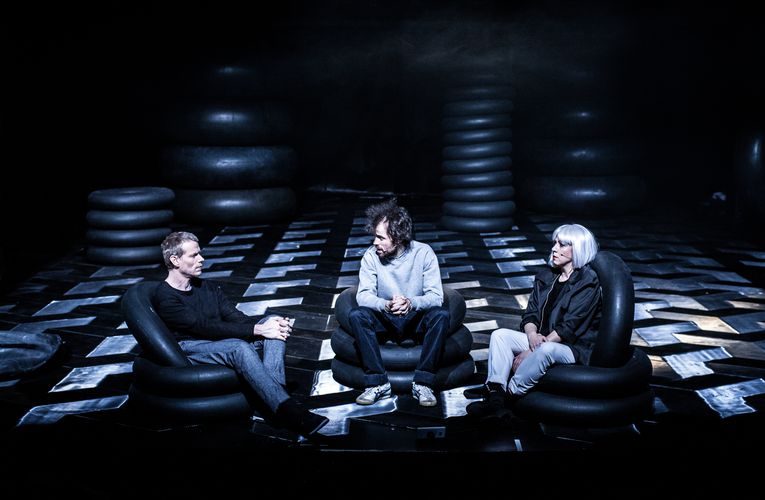 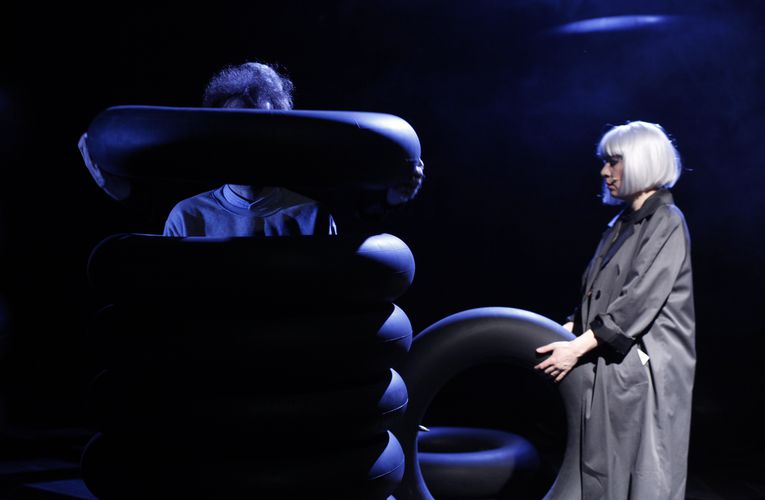 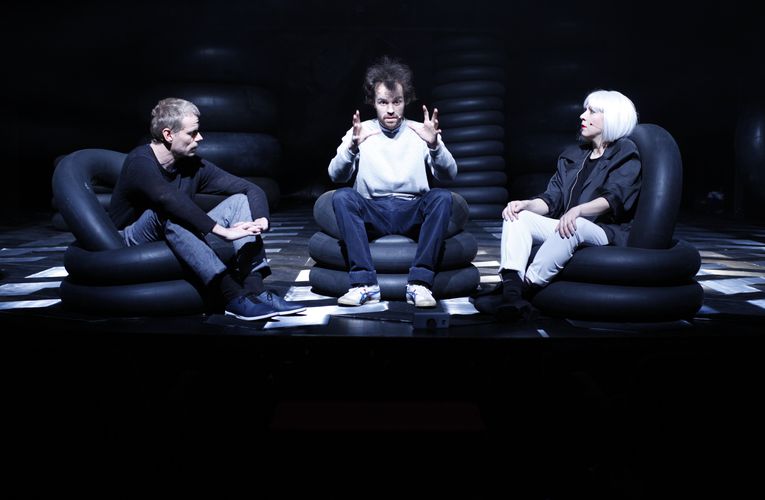 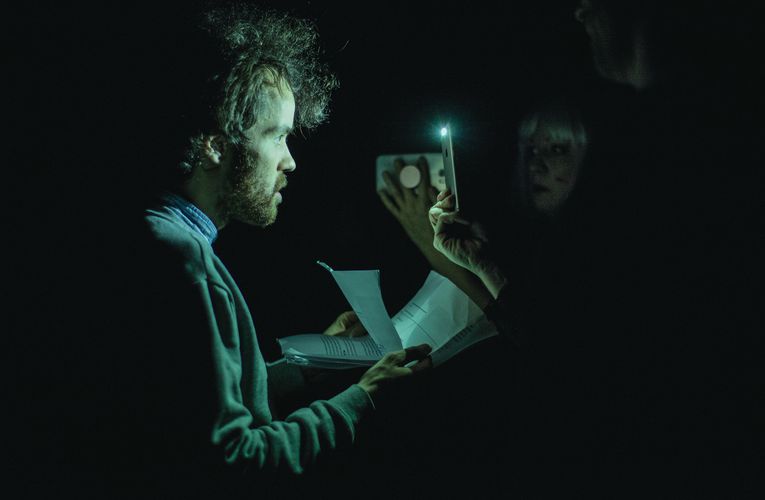 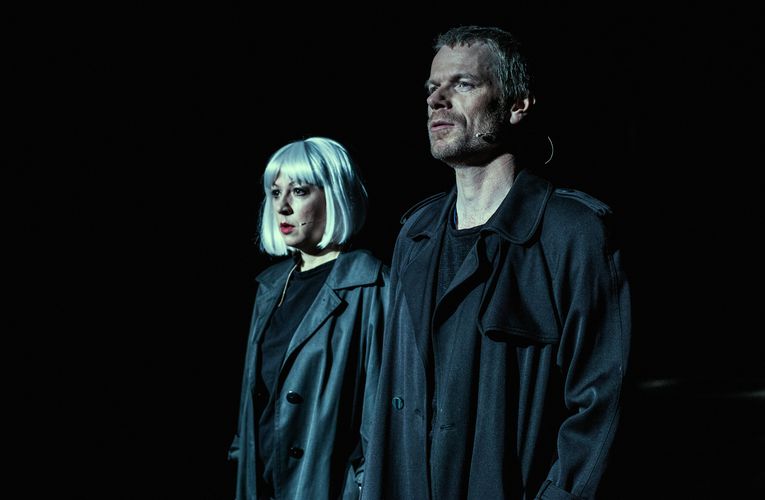 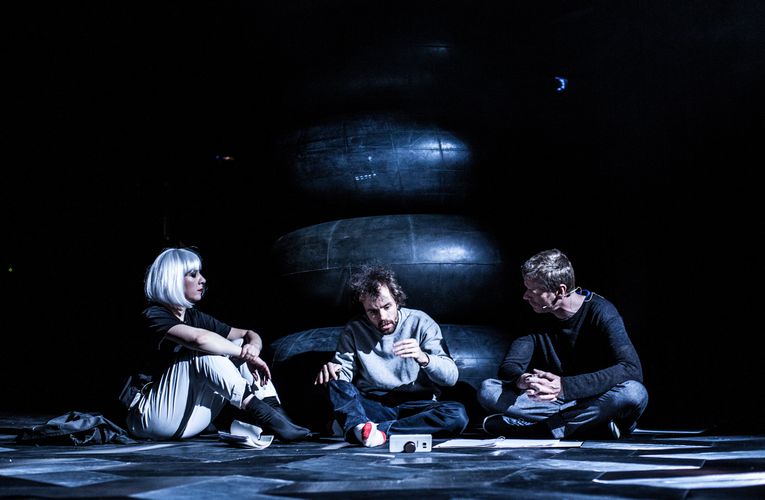 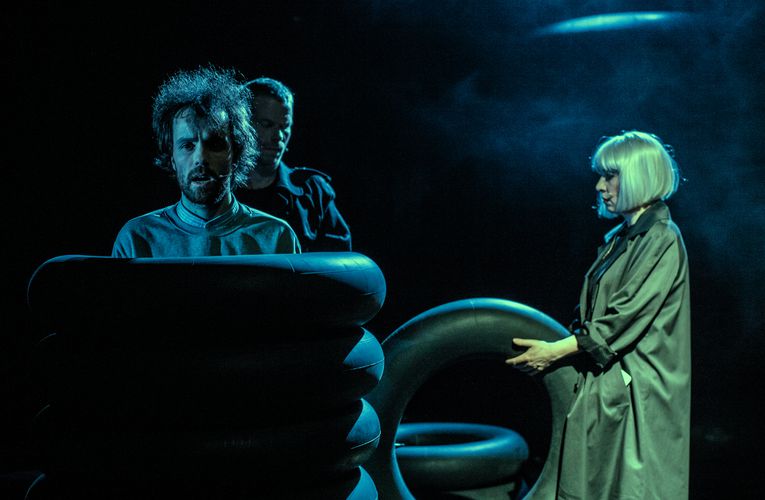 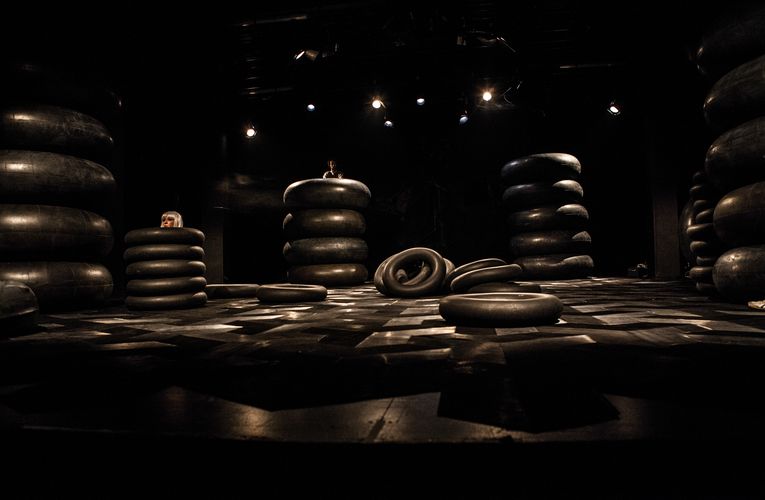 A black hole is a point of pure singularity. It is the impossible condition of the possibility of both, matter and anti-matter, it is a point of total destruction and a place of creation. Using a black hole as a metaphor, the project deals with the erosion of the Western tradition of humanism that has, throughout the history of imperialism, acquired aggressive characteristics, and whose collapse into itself we can currently observe in the re-structuring of the positions of power, the status of truth and of ethical values. Are we today still able to be humane? Are we able to look into another person’s eyes, into the black hole of his pupils? Are we able to understand the point zero, the metaphysical point of the phenomenon of a black hole in order to transcend the stereotyping and prejudice? What if humanity is not an emphatic gaze into a fellow human’s pupil of the eye, but a radical confrontation with the possibility that the eye of the other is merely a screen reflecting our own dreams, desires and fears? What if a black hole is not somewhere on the other side but rather a rupture within ourselves?

The performance successfully transfers the form of an interview or a discussion to the stage; a physicist (with a changed name in the performance) gives interviews in different times-spaces (e.g. in prison, at home, at the studio, in different time periods) which always gravitate towards a 'black hole' of his life; the sentence of collaboration with terrorists. The performance establishes fragmentation and inconclusiveness of information that create a network of human existence also through the performative fragments, short scenes that appear between the interview/interviews and address in a fragmentary manner the topics of artificial intelligence, the gaze, the (in)abilty of contact with a fellow human and others. What we only catch in passing, from one facet, is stuck in this passing and always gravitates towards it. This general discovery connects to the discovery of representation of terrorism within Western politics and the total oversight of the complexity of either our own position or the position of other. The performance is unpretentious and surprisingly unburdened in speaking about terrorism and the realities of modern politics, while at the same time addressing the general questions that in return explain the very hopelessness of the current political situation.

The performance doesn’t tackle the treatment of the current of migrants and refugees, but is nevertheless interested in the core of the European crisis at the encounter of cultures. Or more precisely, its inability to confront, this inability being a symptom of the inner European crisis and the crisis of the individual from the Western world.

The fourth of the Metamorphoses, a continuing project that Bara Kolenc is creating in relation to Ovid’s monumental work, is marked by the duality of the material, language, narration style and concept. […] The multi-layered juxtaposition of both ends of the performance leaves the unity of their meaning to the fragile balance that rises like a mist and disappears in a second. The feeling of general hopelessness and the looming threat are channeled through the complexity engulfed in dystopian blackness from which light never escapes, yet still contains a utopian crack through which it wiggles in nevertheless.