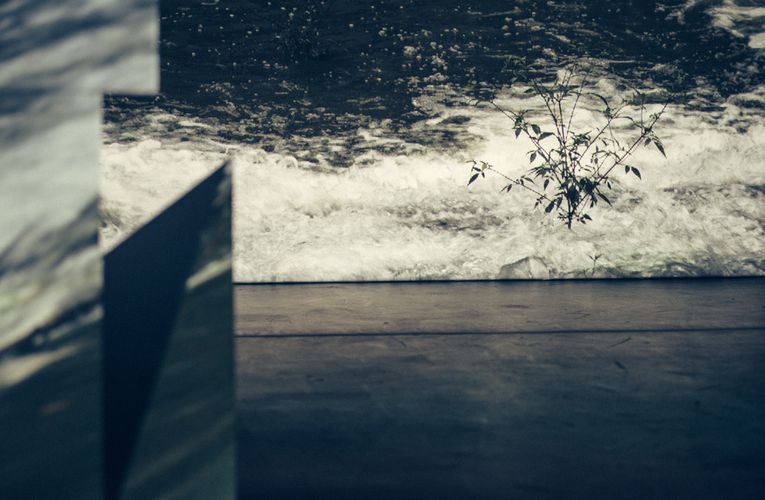 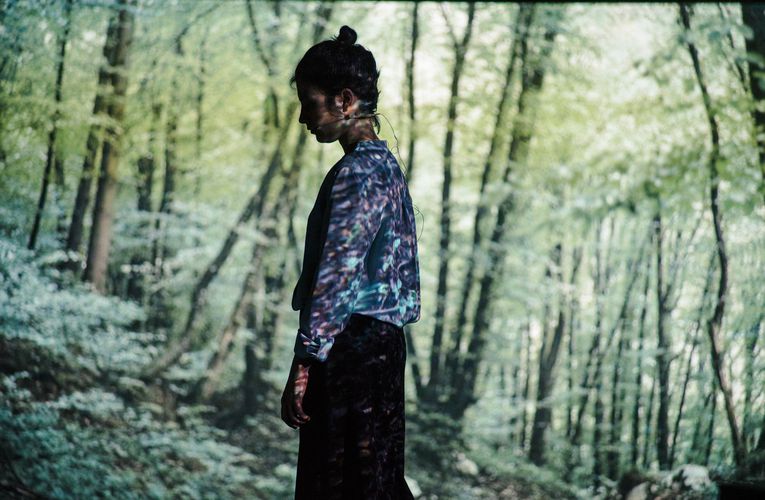 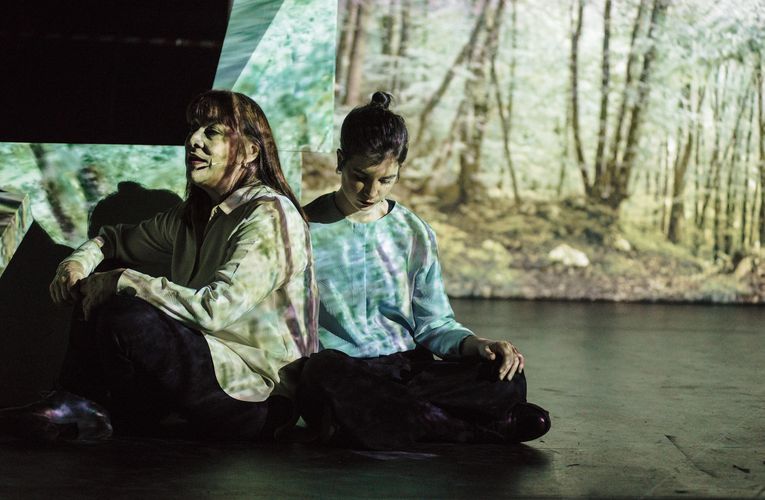 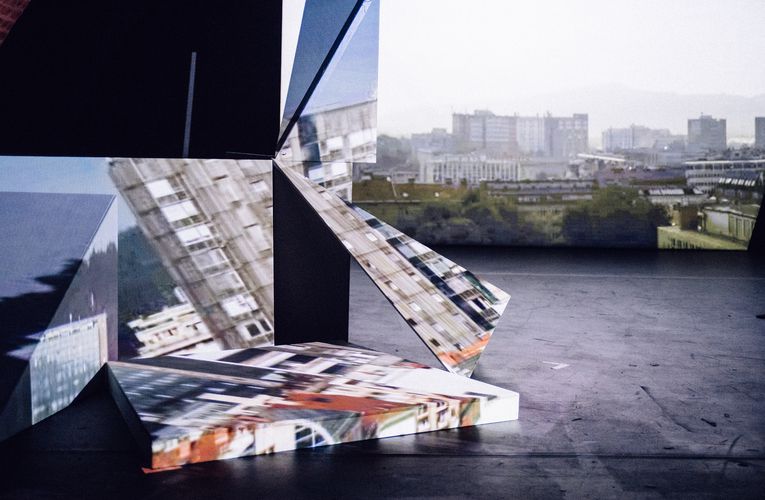 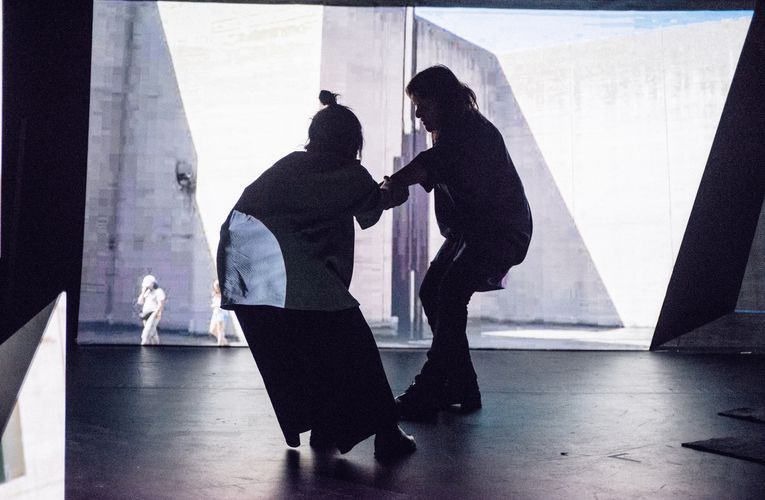 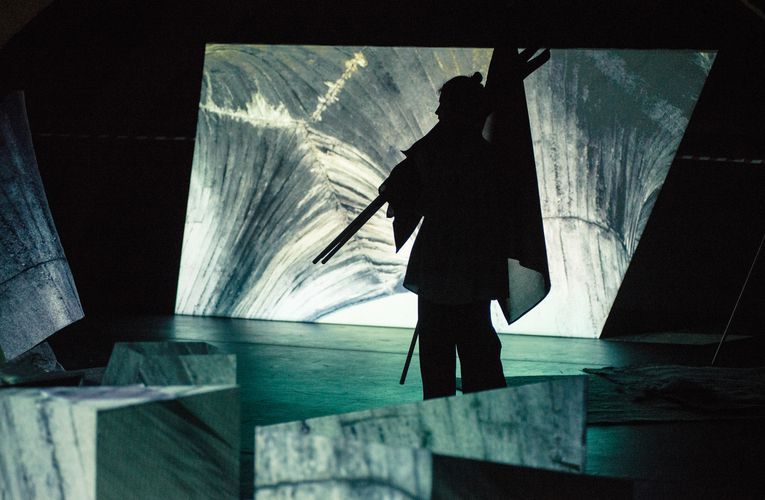 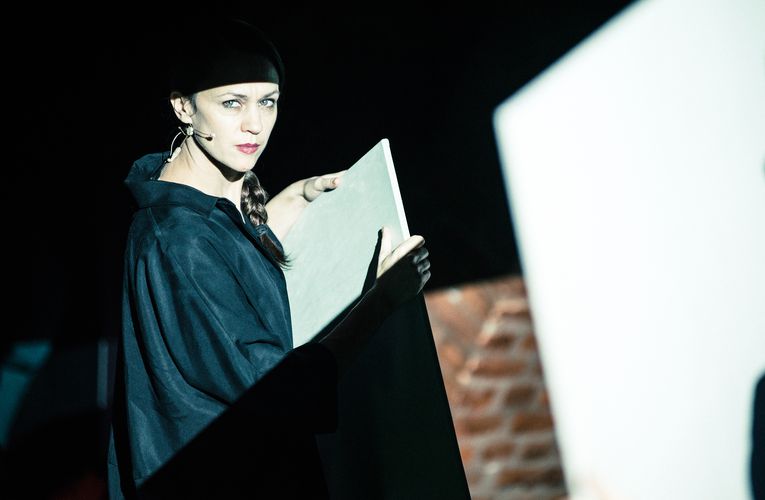 Zdenka Kidrič’s recollections were partly gathered from the material in the Archives of the Republic of Slovenia.

Freedom Landscapes is an artistic-political journey through the landscapes of anti-fascist and communist memories, which is not afraid of being poetic, affective, sensorial, and experimental, all along conceptually outlining the problem of erasing these memories from the European history. It is a landscape performance, which deals with the Slovenian and Yugoslav anti-fascist history. Documentary materials such as diaries and interviews of women communists and partisans from the WW2 are our point of departure to open wider issues of anti-fascist heroines, womanly face of the war and the relations between the memory and history. The audience is invited to spend time with the artwork and other people and create shared views to what is happening around them today. And what is happening is the memory that struggles to remain history, and that needs us, living people to hold it there.

Performances inhabiting [prolonged] time and different performing spaces have been an increasingly clear and unique trademark of the programme orientation of the Mladinsko, one of the institutional theatres in Slovenia. The response to these performances, when it comes to emphasising the context into which the work is set, thus begins – in different formats, from press releases to press conferences and the wider activity of the Mladinsko that grows from its declarative political programme orientation – before we enter the theatre hall and, again via press releases from the theatre or the responses from critics and experts, as well as general public, spills over into a time after the applause ends. This process, its temporality, the multiple layers of production, reflects interestingly in the premiere of National Reconciliation: Freedom Landscapes. The performance is a part of the opus that is the fruit of years-long interdisciplinary research the authors carried out on the topic of anti-fascist succession of the Yugoslav socialist revolution during World War II. The authors start from documentary material, the testimonies of female partisans and focus on the, in space and memory, less visible role of women in organised resistance. The performance code is based on the expansion of the play in time and space, on minimalism and repetitiveness, even meditativeness of visual and sound images, which in the stage design by Matej Stupica functions as some sort of a deconstruction of memory, layering, opening. The performance is additionally contextualised by the texts, published in the theatre programme. Merged with the experience, it calls for re-questioning of the objectives of the scenario of national reconciliation, which, in the words of the author and producers of the performance, are today performed in Slovenian, as well as post-Yugoslav and wider European space.

The female faces of war and the everyday life behind the frontlines bring a different rhythm of memory, organised through a slow and soft undulation of a theatre situation that spills through the space. [...] The space, video, lighting, sound, live songs, text and movement fragments in the open temporality of the communal all create landscapes of personal and common history, from which no body is exempt. The performance does not achieve this with minimal and precisely formulated directorial solutions alone, but largely by organising the common inhabitation of this installation, which doesn’t direct the spectators’ gaze or attract it to specific points, but allows them to be simply present, to immerse into the situation and to choose autonomously their own viewing position and attention, which can – in connection to the events – let itself go to totally internal currents of sensorial imagination.

Freedom Landscapes are a performance of many vistas and perspectives, but its beginning and its end clearly determine the focus of the performance. In the centre of the performing space, there is a light-coloured wooden stage construction (stage design by Matej Stupica) which helps the directors Ana Vujanović and Marta Popivoda create the main meaning emphasis of the performance – the mobilisation of memory of antifascism into the actual collective memory and historic knowledge. [...] The memory fragments of the female view of the events during World War II, conveyed with the gentle attention and responsibility by Katarina Stegnar, Damjana Černe and Vida Rucli, may at times be difficult to tell apart, which only emphasises the collective belonging. Their slow motion extends history, not only by returning to the original time of World War II, but also into the future, into which it is oriented, and into which the choir action leads.

War is like breathing without air, says one of the participants of the anti-fascist struggle. This atmosphere of war is presented in the performance Freedom Landscapes, and real persons are behind it. Medical doctor Zora Konjajev, the organiser of military intelligence service of the Liberation Front (VOS) Zdenka Kidrič, and the co-organiser of the resistance movement in Auschwitz Sonja Vujanović. The fragments of their stories become theatre landscapes, because the authors follow the idea of landscape dramaturgy, a genre which – as choreographed installations – is increasingly entering contemporary arts. The spectators find themselves onstage, sitting on blankets. On screens, we’re watching essayist reflections of the locations of war and the construction of memory of it. The actresses, in slow-movement choreography, convey anecdotes and thoughts of the participants of war, the choir structures the atmosphere. Whoever expects a structured dramatic text will be disappointed. But the multi-media theatre installation does convey the message – women talk about war differently. Because, yes, even the fact that you do your hair in difficult times, decide to daringly save wheat despite fear, all this speaks about that war hasn’t beaten you, has not taken away your dignity.

Although Freedom Landscapes function as a gentle, female view of antifascist struggle, they nevertheless contain activist tones, albeit different from those characteristic of the 'violent' left-wing theatre. The authors remind the spectators that 'resistance against fascism is possible in any kind of circumstances, it was possible in the occupied Ljubljana, even in Auschwitz', while, by emphasising the physicality, they reach beyond the, in their opinion, 'outdated leftist ideology' which entirely neglects the fact that 'ideology always also functions by imposing lifestyles'.