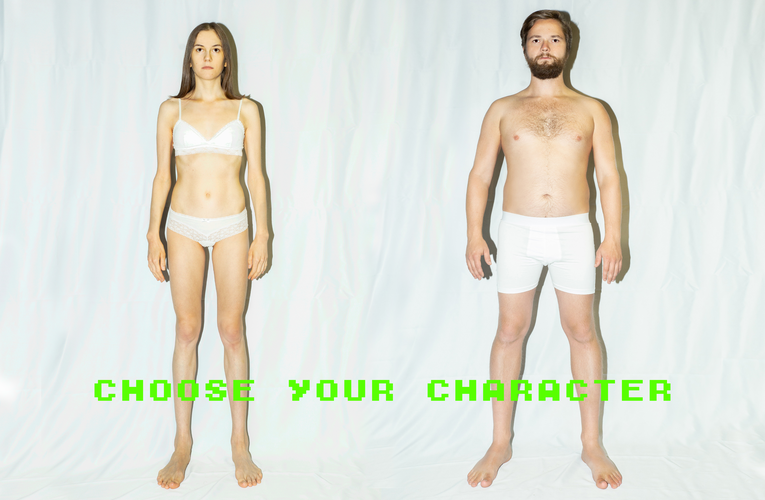 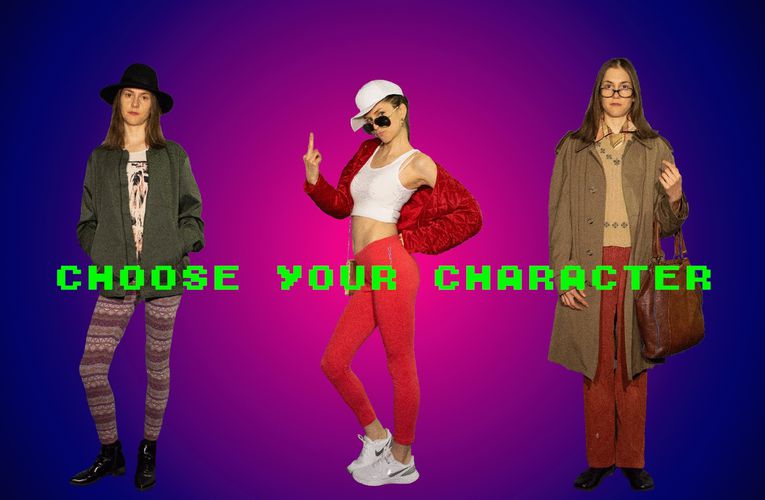 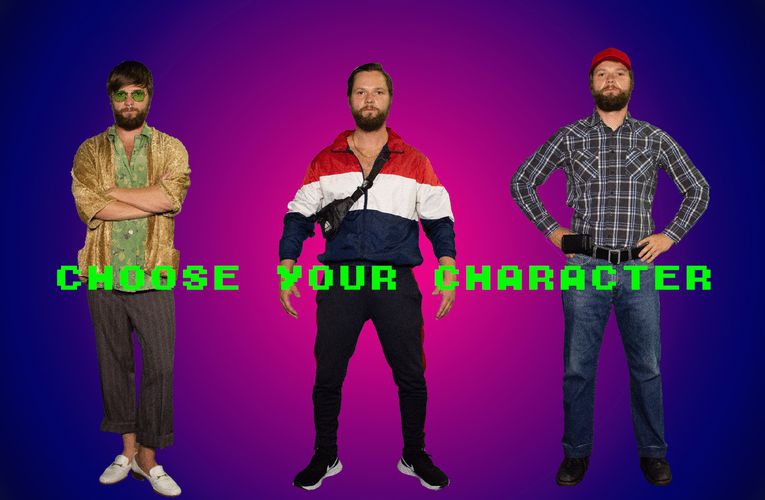 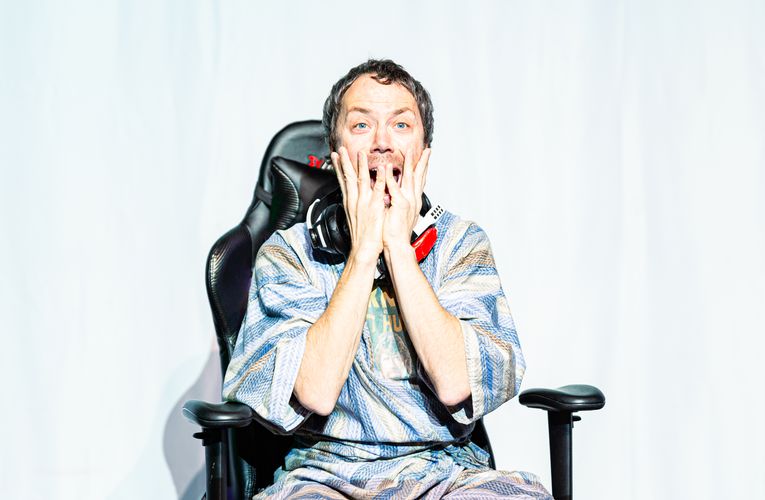 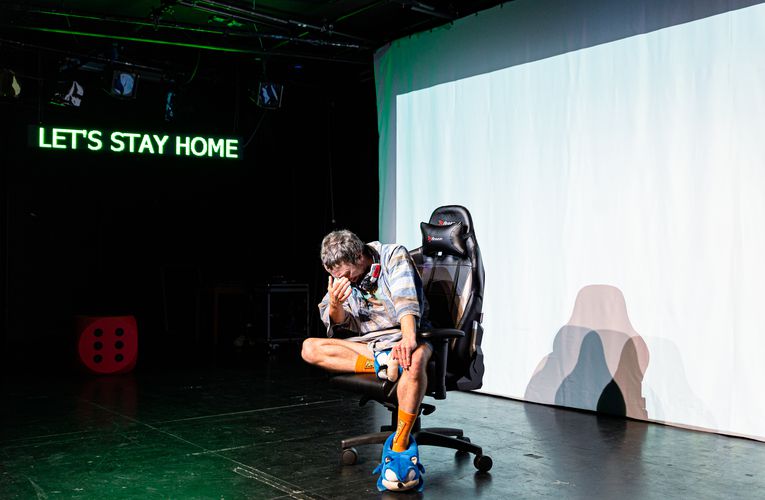 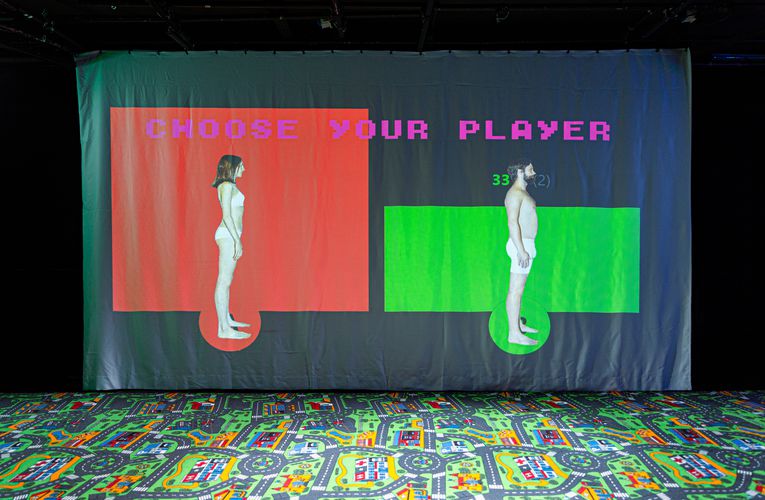 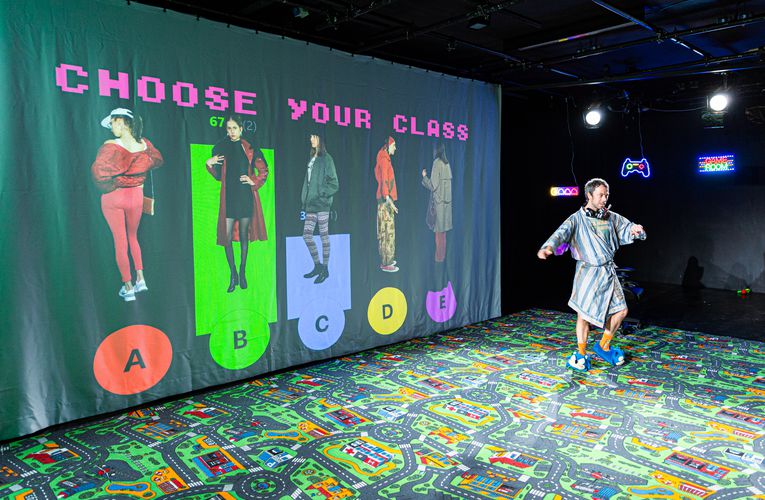 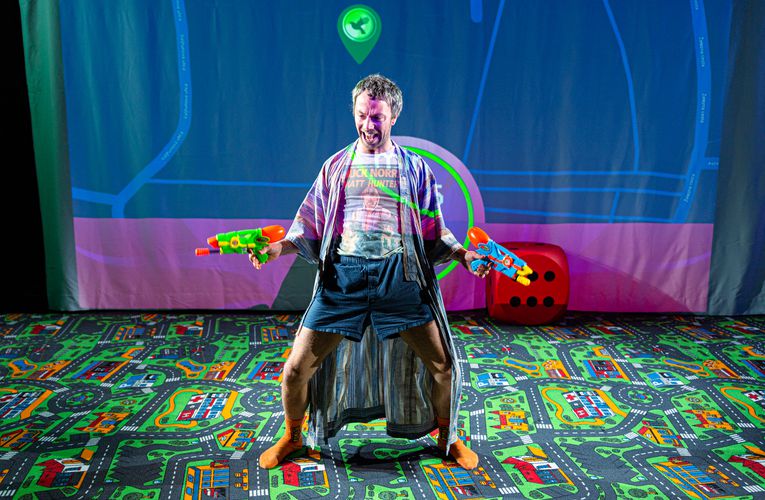 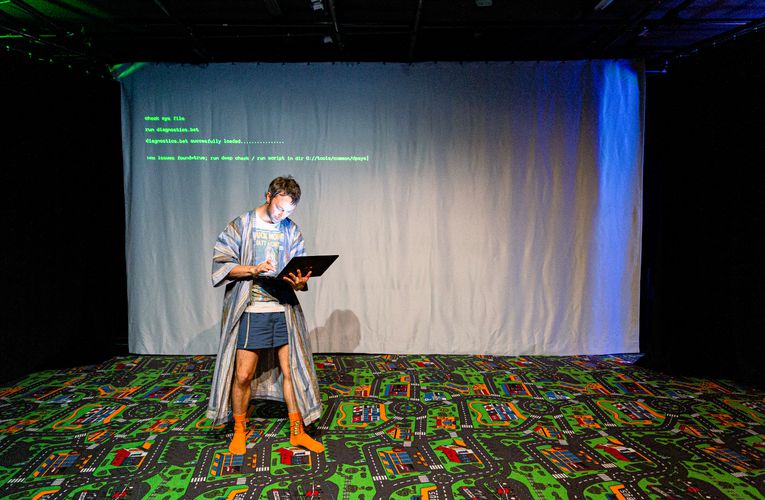 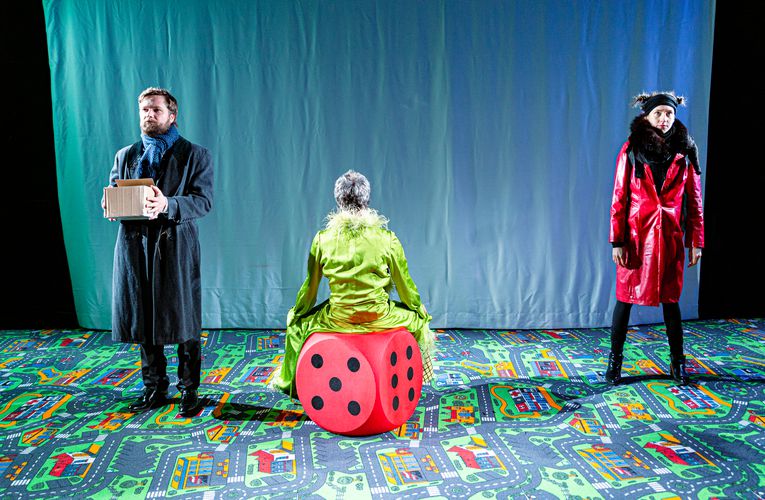 The concept for Zelda’s interactive performance stems from the dramaturgy of video games and the basic principles of role-playing games, such as the world-renowned Dungeons and Dragons. These games want and intend for the user, i.e. the viewer, to be fully involved in the make-believe events of the virtual world and thus motivated to lead their character past the set obstacles and to the finish line. The more the player identifies with their character, the more motivated they are to play and the heavier their moral responsibility to make decisions for him, which has a great impact on the course and the end of the story. Zelda explores the unfulfilled dreams of the individual, which are hindered by mundane civil duties and moral and ethical reservations. What happens to the choices we make everyday, when someone else assumes responsibility for our actions?

Although the audience has a variety of options to dictate the course of the game or performance, this free choice is merely an illusion. The script has been written, the actors know the range of possibilities, and the entire crew stands ready for the audience to make a democratic decision. Then the show can start. And yet every performance is different. […] At the centre is a critique of live streaming and the recent craze for challenges on social media, a trend that has gone well in some cases and tragically wrong in others, some challenges even ending in death. Just think of all the gloating and ridicule that one can sense in the audience as the entity controlling the lives of others. How far is one allowed to go in interfering with others? Does a boundary even exist?

Zelda is a distinctly collective, and partly generational work by the entire group of authors: Varja Hrvatin, Rok Kravanja, Anja Novak, Stane Tomazin and Vid Merlak, who are also all designers of the set and costumes, which both play with different stereotypes and clichés of the gaming subculture, computer aesthetics. All this is also reflected in the video and music design by Vid Merlak, and in the total visual image by Dorijan Šiško. These elements allow Zelda to create a strong impression and a visually comprehensive image that starts before the performance even begins and lasts after it has ended. The technically demanding and innovative aspect of the production is linked to this, while in its content, the production functions as an excellent starting point and a theoretically researched foundation, which has not been fully realised in practice. It is nevertheless an important shift in the Slovenian perception of theatre beyond the dusty conventions of the institutional drama theatres and in experimenting by actively including the audience in the co-creating of theatre experience. In a humorous and attractive way, the audience is forced to examine its moral stance in the virtual and non-virtual reality and think twice when it comes to the question: Do you want to continue the game?

Zelda has unambiguously demonstrated both the power and passiveness of the audience, with all the potential scenarios having been pre-set or pre-programmed despite making us feel that we control the action and despite the set underpinning this message. While attempts to examine this paradoxical position of the audience are nothing new in contemporary performing arts, it is thanks to its innovative concept that this piece is successful in addressing it. Drawing on the domain of virtual reality in developing the theme, dramaturgy and staging techniques, as before in her interactive online production of ‘Najraje bi se vdrla v zemljo’, the author Varja Hrvatin manages once again to find an innovative form that can address topics relevant for the younger generations who are only just entering public life and find themselves disregarded by institutional theatre.

This is a case of withdrawal from the dimensions of the epidemic or, in the traditional sense, one might say withdrawal from society into the privacy of one’s imagination, where the options are limitless. The various realities we live in produce exciting combinations, and this underlies the production’s dynamic. […] On the other hand, the choices made by the audience controlling the characters are interesting to observe as they provide some insight into the spectators’ thinking. 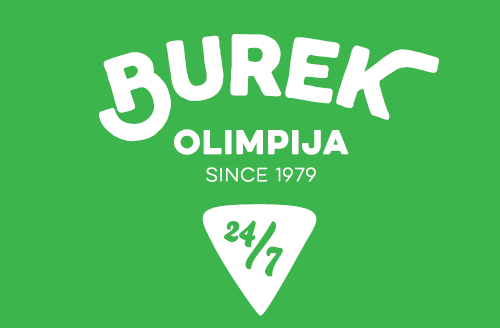