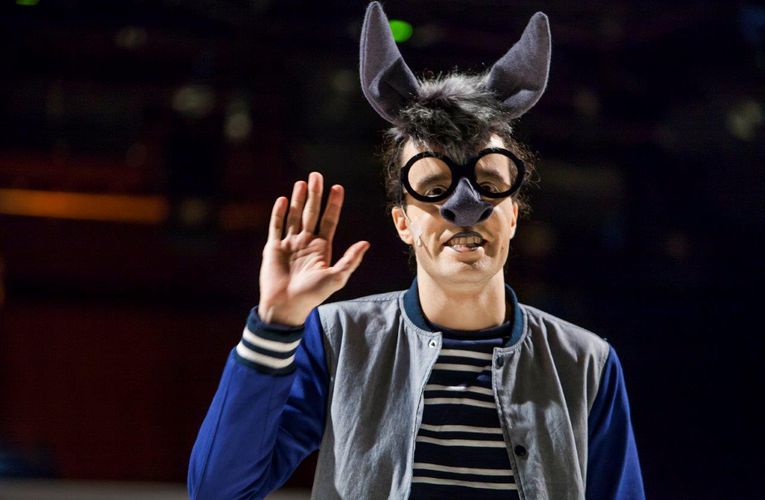 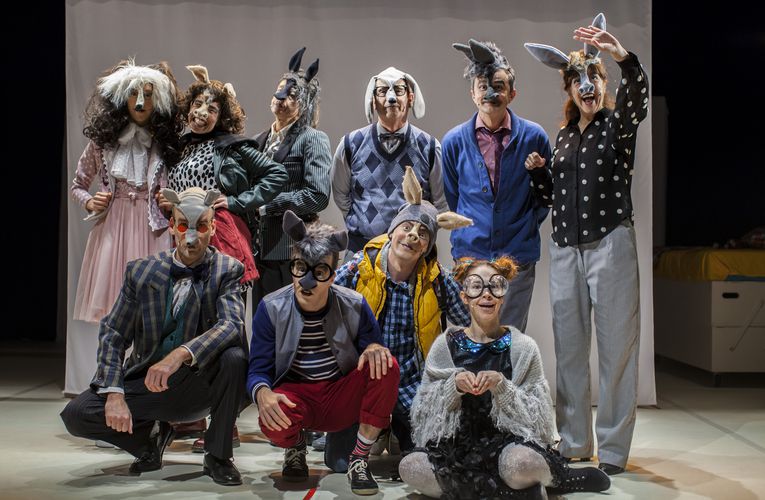 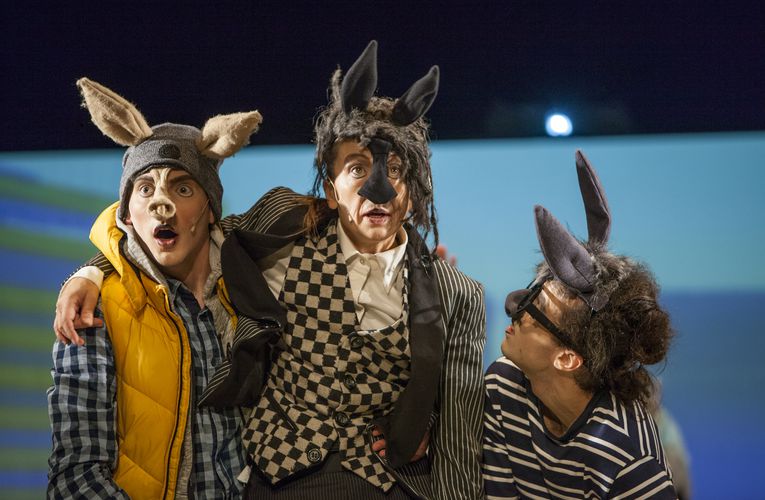 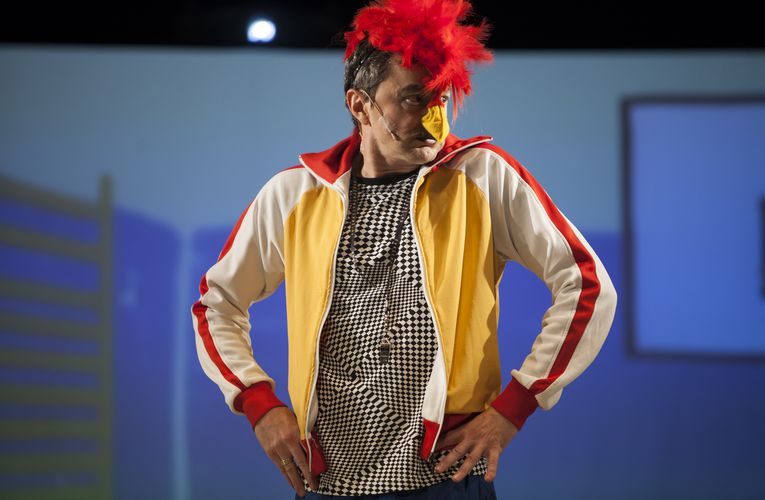 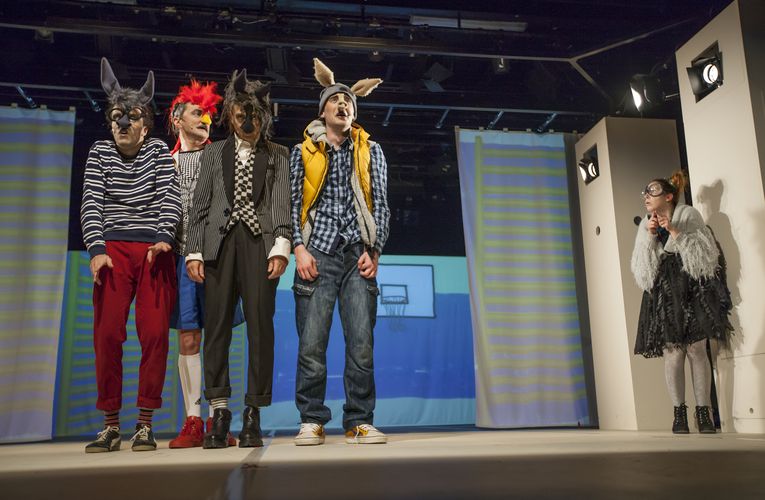 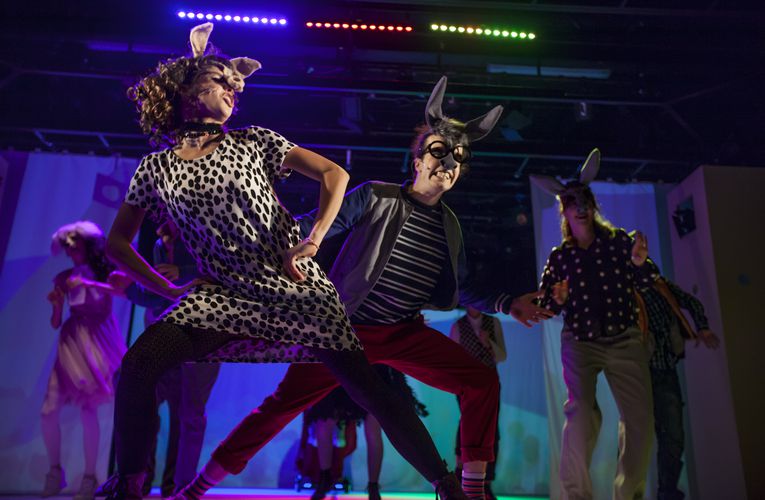 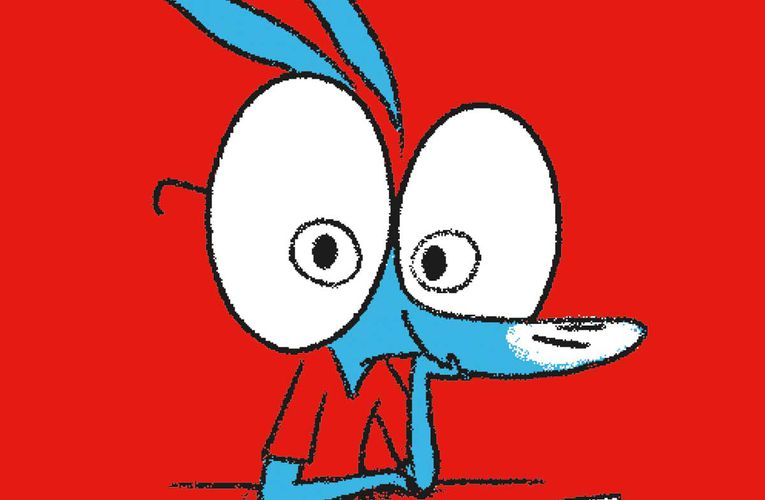 Ariol is a little blue donkey, nine years old, and the protagonist of the eponymous children’s comic of already thirteen books in French, with eight also available in Slovenian. The performance will pay particular attention to those episodes that can be linked to the actual social events. Ariol’s stories, which include members of all generations, are warm, lively, entertaining and witty, and sensibly don’t paint the world in black-and-white and don’t eschew more serious topics. The authors carefully avoid moralising or being too didactic, but the points of the stories are created so that they open the possibility for talks at home or at school. The characters are life-like, easily identifiable with, and the authors don’t simplify everyday situations, but rather present them with liveliness, spark and a good dose of humour.

Two dance-movement theatre pieces, set in the safe environment of home and school to show the problems of coming of age, use precisely gauged sense for playing through different genres and communication between humanised animal characters with masks […] to gently swipe away the prejudice and general preconceptions about the other and the different. Although the acting is emphatically fictionalised, which allows for the comedy effects and wit, the production doesn’t slip into banality or simplification, because the approach in the two pieces is, whether the presentation of the atmosphere of family relationships or the playful school atmosphere […], always thoughtful, fresh and innovative, which is also true for the organisation of space that adds to the playfulness with its multi-purpose stage elements, including child-like illustrations, as well as the music, which helps uphold the pace of swiftly changing experiences on the border between fantasy and reality, which is not separated from the actual social topics.

The beginning of both productions reveals the participating characters and their main traits that the ensemble has fully mastered – humanised animals comically represented through recognisable animal movements, filled with individual characteristics of their personalities. The most distinct among them are Ariol (Blaž Šef), fuelled by childlike mischief and his rich imaginary world, which cause a number of crashes between reality and fantasy, most often linked to his classmate Petula, the little cow with whom he’s in love; Petula (Klara Kastelec), an independent and strong girl, who inherited her energetic temperament from her father, a bull from the south; Ariol’s Dad (Ivan Peternelj), a somber companion to Ariol’s play, yet often his joyful playmate; Ariol’s mother (Janja Majzelj) who knows Ariol’s every trick and channels them gently so they’re good for him; and Bizbille the fly, half funny nerd half melancholy lover, whose affections Ariol doesn’t return (Nika Ivančič). The stories from the asinine everyday life, familiar to the audiences young and less young, are presented in an entertaining and relaxed way, without punch line or moral expressed as a warning.

Performances based on graphic novels – particularly children’s graphic novels – are rare around here. The two-part performance Ariol thus brings some freshness and opens certain interesting questions about the form: a graphic novel as a visual-textual medium is based on drawings and the exchange of lines and can have an effect similar to a classical drama script – the text of the performance can be 'summarised' according to the lines of the novel, while at the same time drawings provide a good starting point for the stage and costume design. Ariol deliberately retains contact with the medium it takes as a base, and at the same time builds a bridge to another form, the performative form of a comedy gag, which is close to short graphic novel 'episodes'. A comedy sketch is likewise a form which occurs rarely in children’s performances, but works well – short blocks keep the attention, and at the same time familiarise children with the non-linear narrative.

The performance Ariol: Up to the Ears in Love was selected in the catalogue of quality stagings on the platform Zlata paličica.