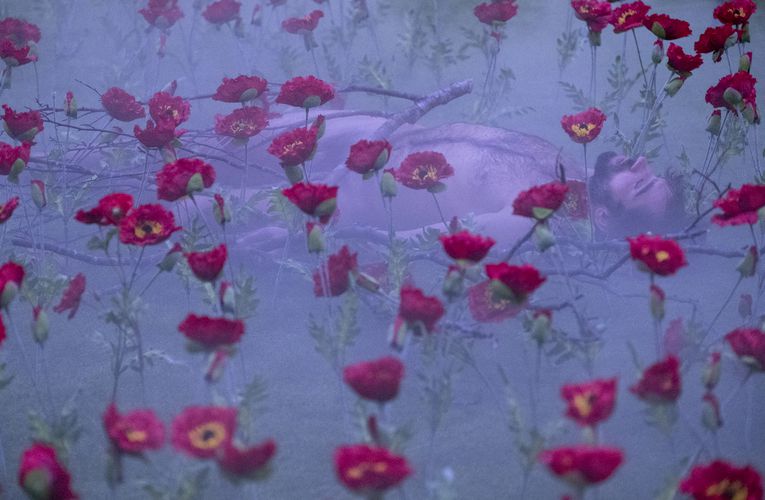 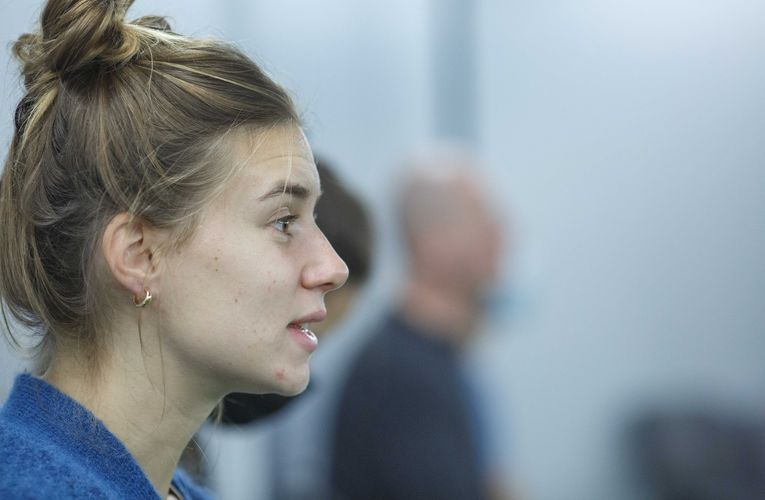 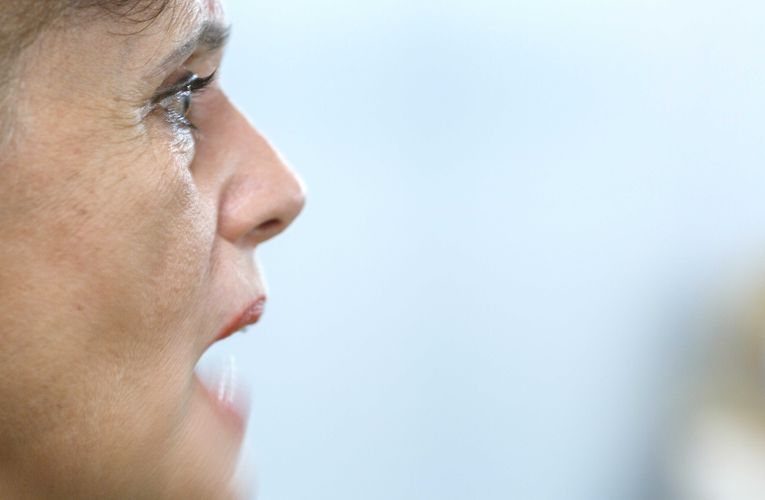 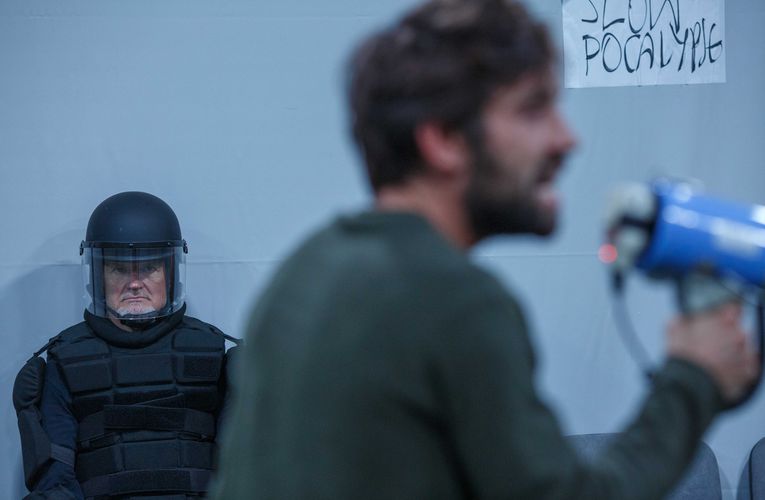 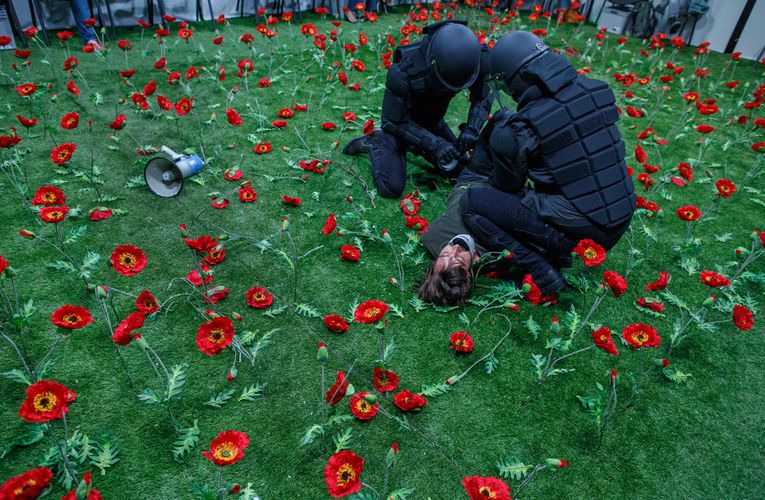 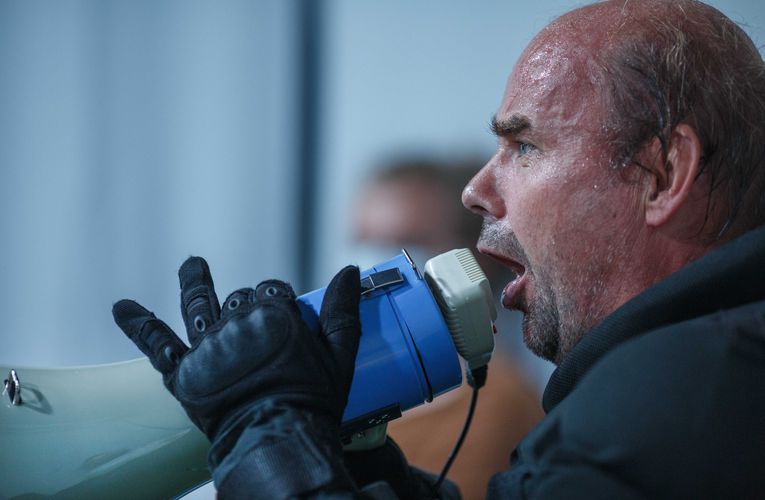 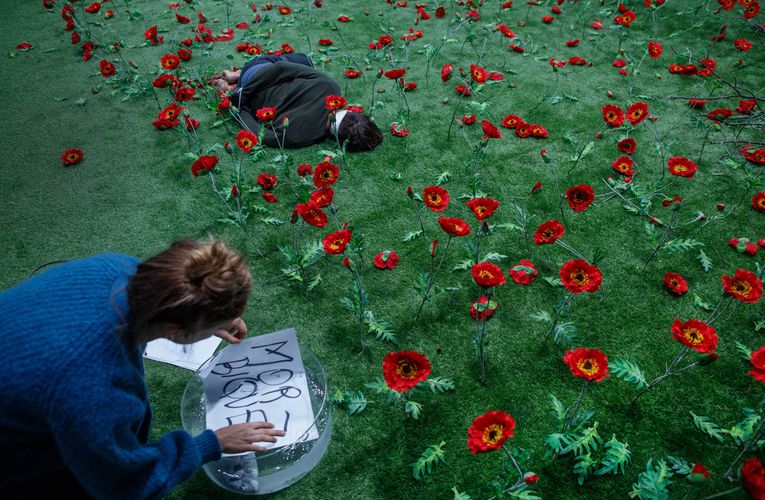 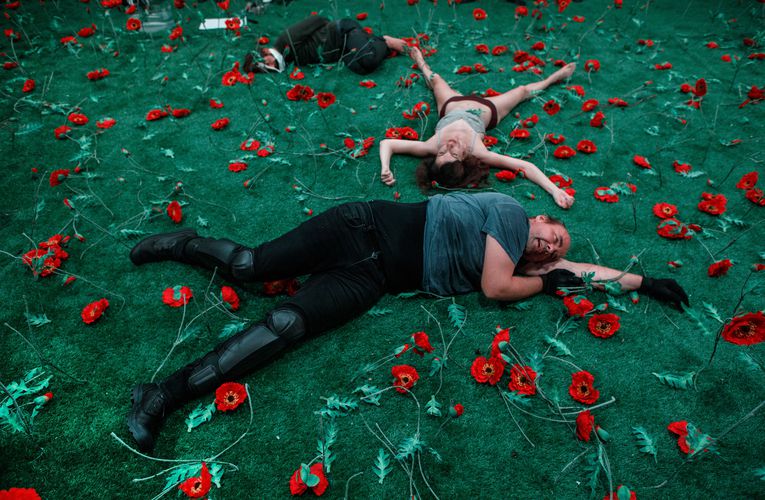 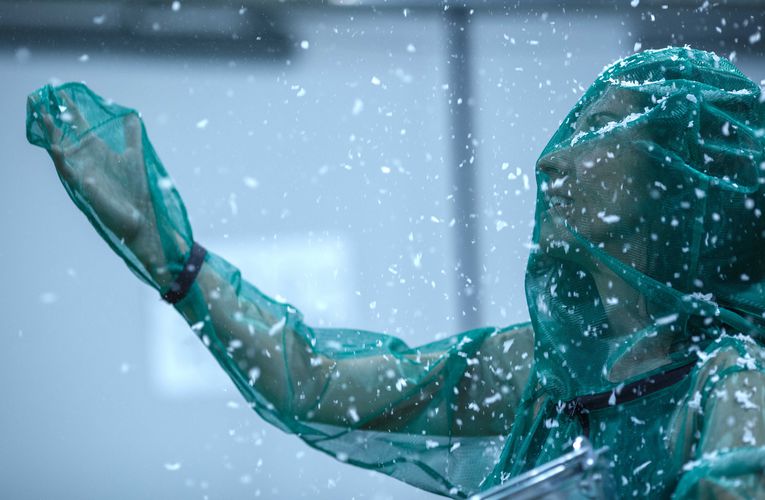 Text: Žiga Divjak and the cast
We have used some motives and fragments from the books Less is More: How Degrowth Will Save the World by Jason Hickel, How to Blow Up a Pipeline by Andreas Malm, Ministry for the Future by Kim Stanley Robinson and The Uninhabitable Earth: Life After Warming by David Wallace-Wells

The theme of climate change affects us all, but is especially important for the young who will inherit the planet and are keenly aware that we need to act now if we are to preserve the Earth life as we know it. Or something similar to it. The data on declining biodiversity, growing concentrations of greenhouse gases in the atmosphere, contamination with plastic and other waste, and, on the other hand, plans of the fossil fuel producers are simply terrifying. Inextricably intertwined with all of these are class issues and (neoliberal) capitalism. The artistic team will contemplate the idea of degrowth, the feeling of anger that comes over almost anyone that delves into environmental issues, and whether it is justifiable to resort to violence in order to put an end to this devastating spiral. They will also give thought to hope; one that is focused on a clear and still attainable goal and is not grounded in fairy-tales.

Owing to a strong stage presence and well-composed text, the collective comprehensively captures the most pressing issue. The launching of this topic intertwines into a touching and menacing whole, additionally nailed down in the end by the monologue in which Avdić relates the current indifference to the type of indifference or resignation from the period of the last Balkan wars. This also defines the continuously present fact about us as individuals held in powerlessness. Namely, all our pacifist efforts for the planet are futile until the leading corporations have halted their megalomaniac pursuit of profit.

Since it is difficult for environmental issues and the related desire to form new (ecological) ways of perception to exist within the traditional dramatic structure, they often occupy more recent theatre practices. One of the latter is Fever, a rare Slovenian staging to explore the environmental crisis directly. Using the principles of devised theatre, director Žiga Divjak develops a communicational play that succeeds in shifting the environment from the symbolic/aesthetic background to the very centre of attention, thus cutting into the continual affirmation of man's superiority over nature.

Žiga Divjak's socially engaged theatre got a new complement. The most radical one yet. An actual call to rebellion. [...] Its best attribute is that it doesn't, even for a second, moralise. Rather than sentimentally trying to evoke guilt, everything that is seen onstage is a call to action.

Divjak’s minimalist approach is even more refined this time. The production, despite its 'discursive' character, doesn’t come across as static, which on the one hand can be attributed to the thoughtful montage of statements and lines, intertwined with ironic chanting and iterative emphases and refrains, which gradually structure themselves into a hypnotic sound mass, supported by menacing music composed by Blaž Gracar, and on the other with a precisely gauged and aesthetically perfected 'acting' inserts (Goran Injac was the dramaturg). These inserts also provide some scenes that are equally heartbreaking as the content itself: when, for example, Vito Weis transforms into a snag, or when Gregor Zorc beseeches a dead fish to start breathing … In short, Fever is a perfected production performed with devotion, and while it may not offer anything surprising, theatrically speaking, it is no less relevant – and can be, in what it aims to achieve, unreservedly called the most important event of the year. The time is, in fact, running out.

The most convincing scenes develop within the relationship between Draga Potočnjak and the Austrian actress Maya Sara Unger. The general image of a total cataclysm of the world intensifies in the scene about the unbridgeable abyss between the older generation […] that built the world of progress, economy and technology, and the younger one that criticises the abundance, because our environment is dying due to telephones, computers, avocado and chia seeds. Similarly condensed relationships also appear in the representation of police violence, which actors perform on Vito Weis. The acting collective thus represents mainly itself, that is, critical individuals, and the speech about everything that is wrong in today’s world, is a narration. In individual scenes this narration is broken, and the actors’ representation of roles uses elements of comedy to create an alienation effect, for example, the incessant covering of Weis’s mouth with adhesive tape or Gregor Zorc’s overly serious belief that nothing can be done.

'Where are we going? We’re only growing! Where are we going? Emissions are growing!' or 'Profit is profit' are the excited chants of the actors in Žiga Divjak’s production Fever […] while they uncompromisingly serve us hard-to-digest facts. They throw into our faces everything that – even if we’re aware of climate change – we have not been ready to hear. Tick-tock, tick-tock; the time is passing. The atmosphere in the theatre is anxious, there are moments when we want to escape. The hall has an exit. When the show is over we can relax in the safety of our own homes. But: where is the exit from the planet Earth, once it’s too late? Tick-tock, tick-tock – with every moment of inaction we’re sliding closer to the point of no return.