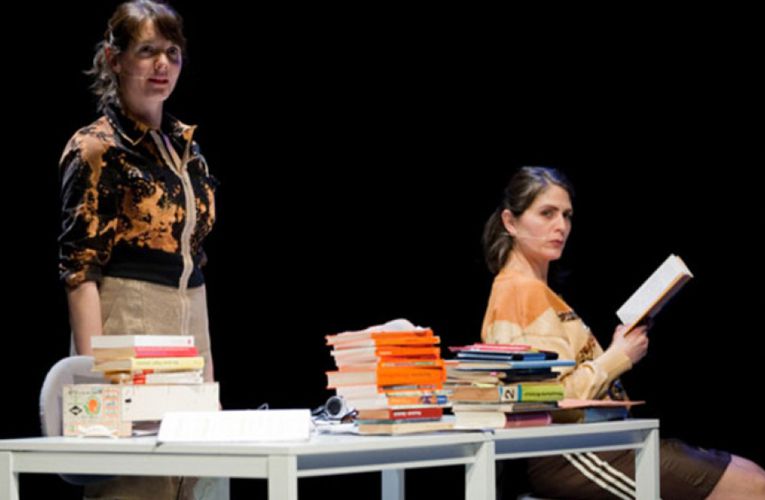 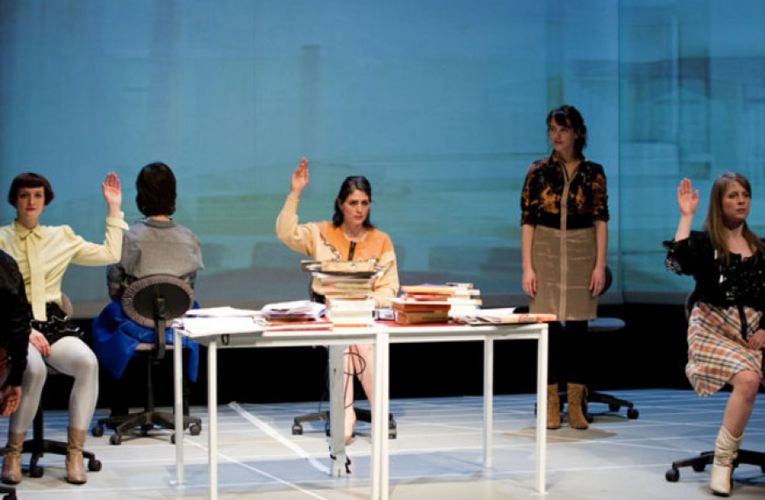 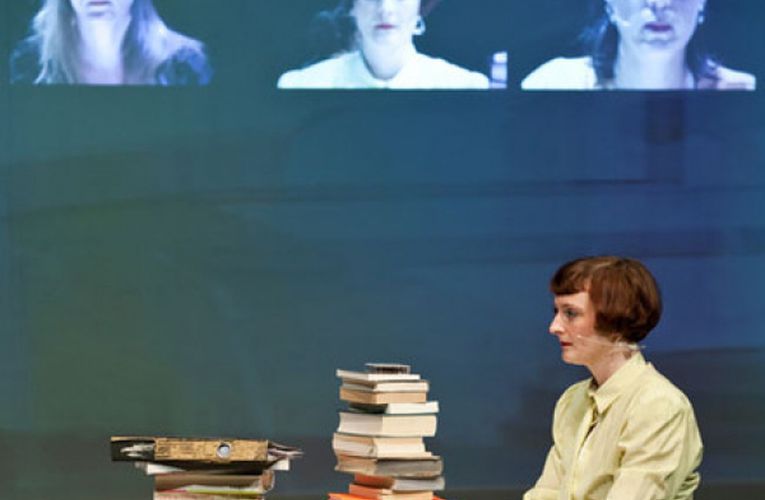 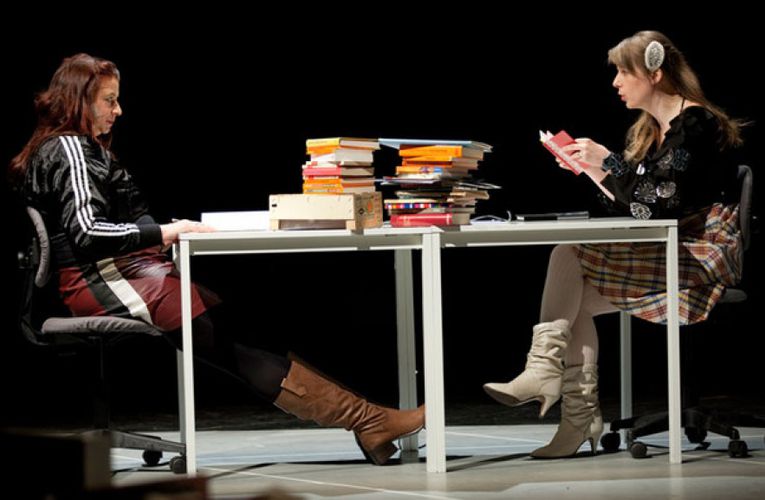 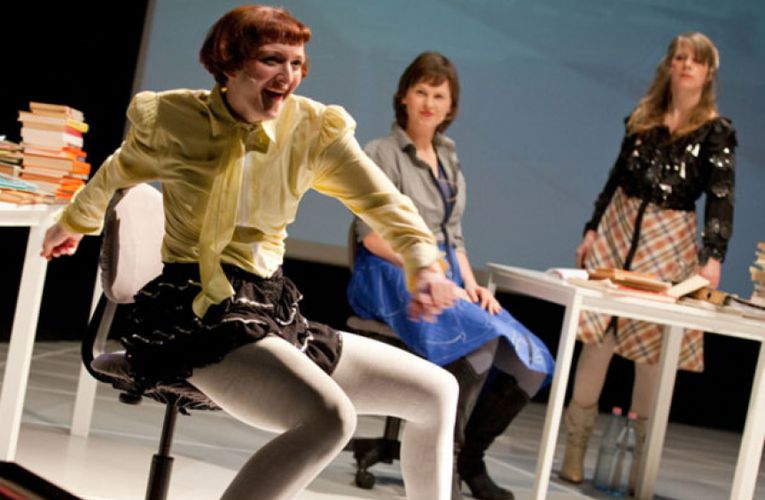 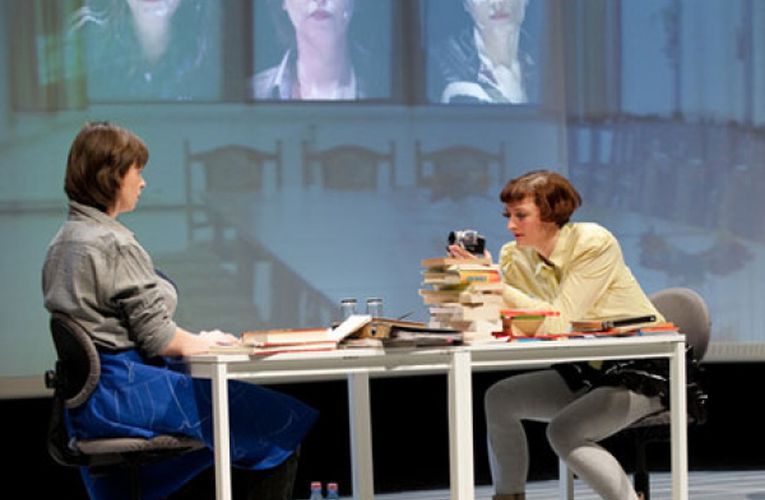 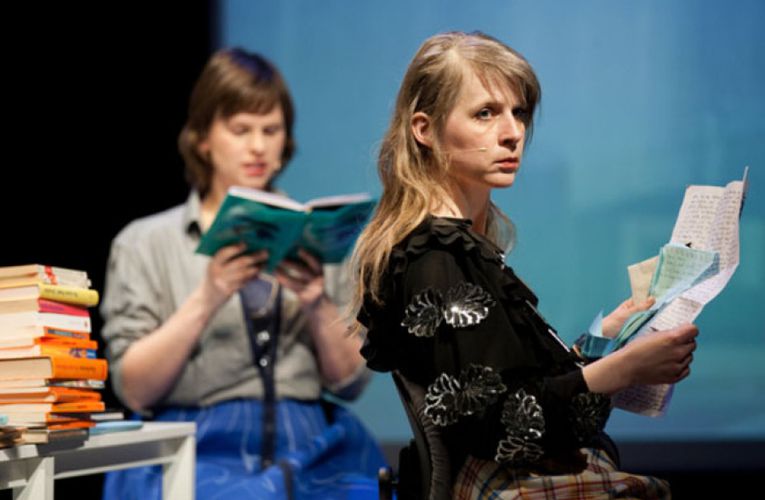 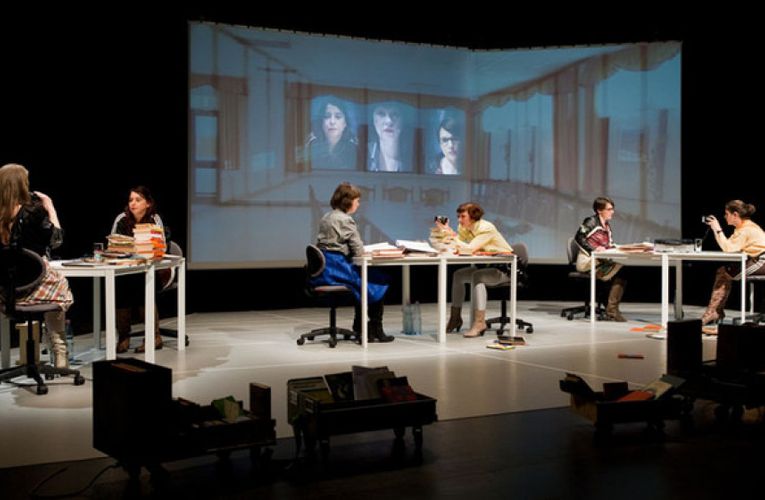 Photo by: Benjamin Krieg
She She Pop

In BOXES (2012), women from West Berlin rummage through the drawers of women who grew up on the Eastern side of the Berlin wall, hoping for their diaries and letters, their favourite songs and books to reveal the similarities and differences between them. “The Easterners”, of course, strike back in a performance that treats the German reunification process as a therapy for couples.
In 2019, the legendary women’s theatre collective She She Pop from Berlin is celebrating its 25th anniversary. It has received the prestigious award Theaterpreis Berlin; its newest work has been selected for Theatertreffen 2019.

… just yell “Off to the Baltic Sea“ and East German women will promptly strip off their clothes and run naked looking for the shoreline. So say their West German counterparts gossiping over a glass of Prosecco. In the East, however, gossip is done over vodka. These are the … mercilessly recognizable stereotypes used by the six women … to judge and denounce one another. This self-irony runs throughout the entire piece … This clever humour … also reveals something that is however often overlooked in daily life. The degree to which our biographies, even those traits that we feel to be entirely individual, are shaped by growing up in a specific environment and how difficult it is… to shed this conditioning.

A She She Pop production.