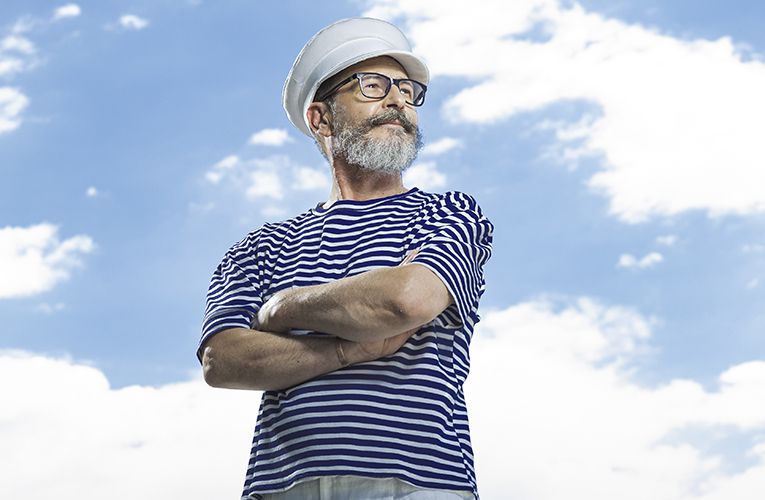 Željko Hrs (1957) joined the Mladinsko straight after completing his studies and has remained loyal to it to this day. Since the early 1980s he's been one of the pillars of the ensemble that has gained a wide international recognition. He has also worked with Koreodrama Ljubljana (The Rite of Spring after Stravinski, Strniša’s Frogs, Genet’s The Balcony), Radio and Television Slovenia, and has acted in several films (Spasm, The Tenth Brother). He is also interested in dramaturgy, history and theory of theatre: as a dramaturg, he worked at Mladinsko and Betontanc with director Matjaž Pograjc, but also with Anna Furse at the project Don Juan. Kdo?/Don Juan. Who? In 1993 he co-created the international project Sarajevo, directed by Slobodan Unkovski based on the text by Goran Stefanovski, which was presented in Antwerp, the European Capital of Culture 1993. He participated in the international coproduction Conquest of Happiness. He was a mentor to post-graduate students at the Goldsmith College in London and is an associate professor for history of theatre at the Academy of Visual Arts AVA in Ljubljana. In 2017 he won the Župančič Award for exceptional creations in the previous two years, for his roles in the performances The Ridiculous Darkness, Rok’s Depth, Slamrock, we, the european corpses and Human Error. In 1981 he won the student Sever Award for movement.