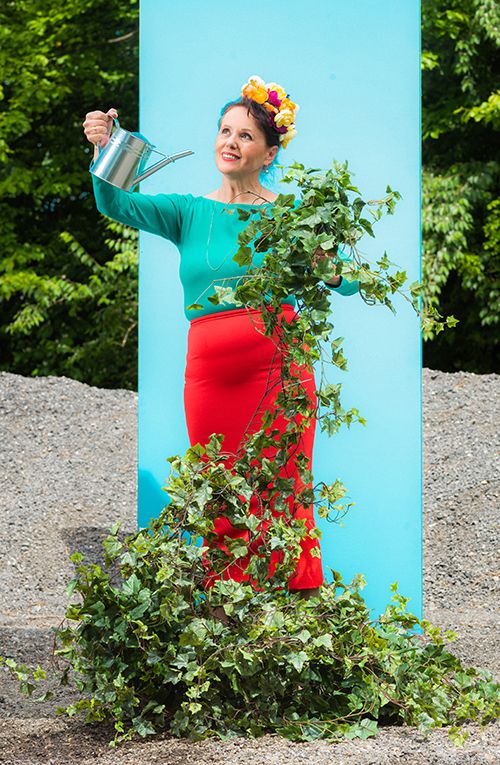 Draga Potočnjak (1958), an actress and a writer, joined the Mladinsko in 1981 and co-created several cult performances, among them The Persians, Missa in a minor, Romeo and Juliet. During her acting career she has worked with the famous KPGT, Koreodrama Ljubljana and a number of other Slovenian theatres. She created several visible roles in Slovenian films (Farewell Until the Next War, Displaced Person, A Breath of Air, Grandma Goes South, I Want It All) and is a regular collaborator of the art programme of Radio Slovenia. She is an educator, has spent a lot of time working with displaced persons, and is a playwright (Kalea, The Noise Animals Cause Is Unbearable, Alisa Alica, For Our Young Ladies, Consciousunconscious, while Mladinsko staged her texts Blindman’s Buff, Che Guevara, Kekec, The Heart in Hand and All the Heroes Counted). In 2010 she was one of the recipients of the award for exceptional collective work in the performance Damned Be the Traitor of His Homeland! at the Maribor Theatre Festival, in 2007 she won the Grum award for the best new Slovenian play at the Week of Slovenian Drama in Kranj for For Our Young Ladies, in 2003 she won the anonymous competition Unknown Neighbours (Graz – Cultural Capital of Europe) for the play The Noise Animals Cause Is Unbearable, in 2001 a special award of the jury at the Golden Lion Festival in Umag for the drama Alisa Alica, in 1995 the Župančič Award for the performance A House Without a Roof, in 1994 she won the second prize for the project Pregnanci (Refugees), as part of the international action “European Youth Council against Racism, Antisemitism, Xenophobia and Intolerance” (Tampere, Finland), and in 1982 the audience award at the Gorica Meeting of Small Stages for the role of Little Medea in Medea’s Children.